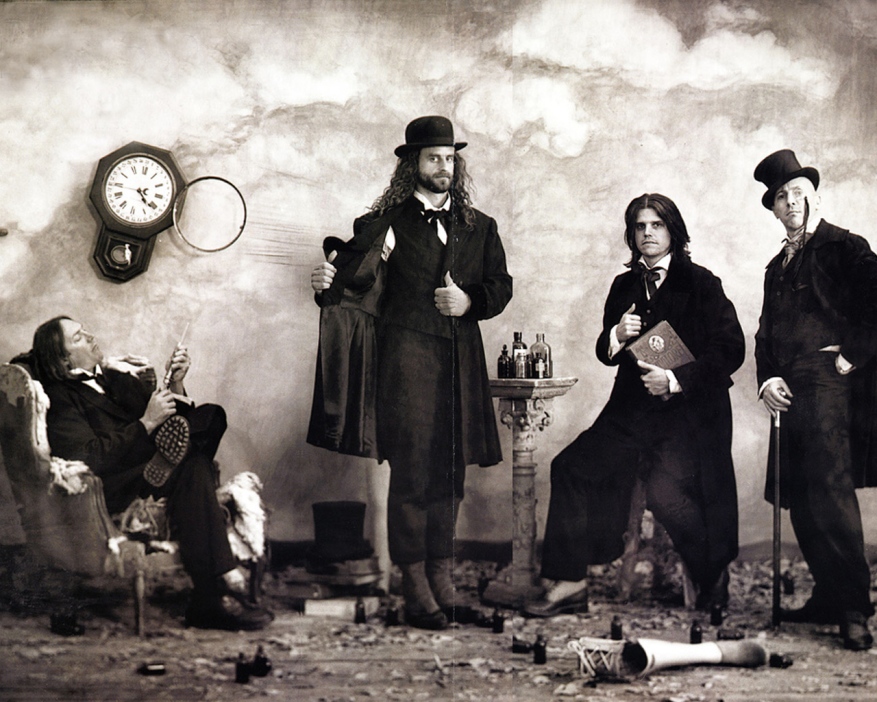 Fans who have been patiently waiting for Tool‘s next album will unfortunately have to hang in there a bit longer according to vocalist Maynard James Keenan. In a recent interview with Chile’s Radio Futuro, Keenan apparently stated that Tool will not be releasing a new album in 2013.

Tom Petty famously sang, “The waiting is the hardest part,” on his single ‘The Waiting’ in 1981, and Tool fans worldwide are currently blasting that classic track on repeat while cradling themselves in the fetal position. There are few groups that harness cult followings like Tool, which is why fans of the band have been rabid for new material since 2006; the year Tool released their most recent album, ’10,000 Days.’

With Tool’s album drought having lasted seven years, a new Tool disc was expected to drop in 2013, according to various sources. The other members of of the band have recently been working hard to write the album, although a reported Vespa accident recently brought the jam sessions to a brief halt. However, according to Maynard Keenan, there will be no new Tool album this year.

When asked by Radio Futuro if a new Tool album will be released soon, Keenan simply replied, “No new disc. Not this year … I have not written any songs. So no, there is nothing.”

Keenan has become infamous for screwing with the media. The singer played an April Fools prank in 2005, having revealed that he “found Jesus” and claiming that Tool were abandoning what would later become ’10,000 Days.’ Keenan has also peddled a book that doesn’t exist and once reported that the members of Tool were in critical condition after a bus accident, so whether or not you believe Keenan is up to your own judgement.

In the same Chilean interview, Keenan also batted down the possibility of a new A Perfect Circle album, citing his focus on Puscifer and APC guitarist Billy Howerdel’s dedication to Ashes Divide as to why an album is currently off the table. Puscifer’s upcoming EP ‘Donkey Punch the Night’ is set for a Feb. 19 release.

Randy Blythe has traveled back to the Czech Republic, where his trial on manslaughter charges began today (Feb. 4). Before entering the courtroom, the Lamb of God vocalist posted a photo of himself with a new short haircut and dressed in a suit and tie (seen to the left), with a message to his fans:

“And so it begins,” wrote Blythe on Instagram. “I am calm & prepared. Everyone, thanks for your good thoughts and prayers. Have a nice day, y’all!”

As widely reported, Blythe was arrested this past summer on charges of manslaughter stemming from the 2010 death of a 19-year-old man named Daniel, who passed away a few weeks after allegedly being tossed from the stage at a Lamb of God show. Daniel’s family is seeking $530,000 U.S. dollars for the loss of their son, while Blythe also faces 5 to 10 years in prison if convicted.

According to The Gauntlet, at the Prague City Court today, Blythe stated, “I’ve kept my word. I said that I would come back to court today and I did. I do not shy away from responsibility. I’m not a person who runs away from problems. But I do not want to be punished for something I did not do. The fan’s death breaks my heart. I never saw Daniel and I never came in contact with him.”

The trial, which is expected to run from today through Friday, Feb. 8, began with both sides presenting their cases. In a rough translation from the Czech news site Cesky Rozhlas, the prosecution claimed that Blythe pushed Daniel with great force to the point that he fell off the stage over a metal barrier and hit his head on the ground. The prosecutor went on to explain that the young man hit the back and lower part of his brain, suffering internal bleeding.

Blythe testified that the security at the club was insufficient and that several fans tried to rush the stage. As mentioned above, the Gauntlet reports that Blythe insisted he never saw Daniel or came into contact with him.

According to WTVR, Lamb of God’s drummer Chris Adler and manager Larry Mazer testified on Blythe’s behalf, praising his character and calling him a quiet person despite his onstage persona.

Tomorrow’s proceedings are expected to include testimony from 12 witnesses who attended the 2010 concert.

We will update this story as news breaks.