TOOL has released a statement to RollingStone.com explaining how a misunderstanding between the band’s guitarist and a fan led to speculation that the group had completed its new studio album. “Last night, Adam Jones, […] 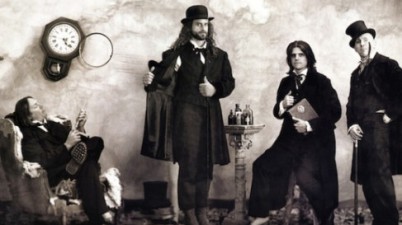 According to a, let’s be honest, pretty flakey source, Tool‘s new album is ready to roll and will land this year. The latest addition to the endless reel of dodgy rumours […]

RANDY BLYTHE MANSLAUGHTER TRIAL BEGINS. NO NEW TOOL ALBUM THIS YEAR. VOLBEAT NABS ROB CAGGIANO. Fans who have been patiently waiting for Tool‘s next album will unfortunately have to hang […]

As one of the most groundbreaking and analytical pieces of progressive metal, Tool‘s magnum opus, ‘Lateralus,’ comes in at No. 1 on our list of the Top 50 Metal Songs […]

Over the Thanksgiving break, TOOL entered the studio with producer Joe Barresi (ISIS, COHEED & CAMBRIA, PUSCIFER, TOMAHAWK) to begin recording the group’s new album. According to a posting on […]