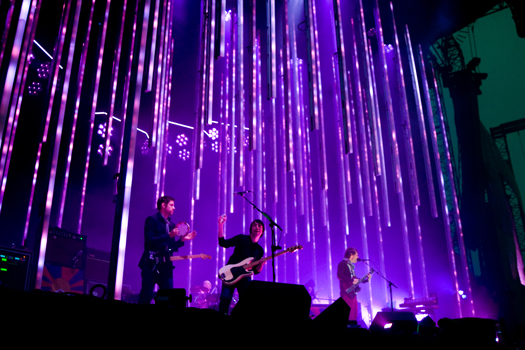 Tragedy struck just prior to a Radiohead concert in Toronto, Canada, on Saturday (June 16), when the stage collapsed, killing one person and injuring three others. The incident is the latest in a string of concert stage collapses over the past year.

The deceased person, an unidentified man in his 30s, and the injured are assumed to be members of the crew that was setting up the stage. According to Toronto fire Capt. Mike Strapko, a “scaffolding-type structure collapsed” about 40 to 60 feet above the main stage area around 4PM, which was one hour before gates were set to open for fans to enter the venue.

Earlier this week, 3 Doors Down and ZZ Top canceled a show because of stage concerns. And last year, multiple people were killed at the Indiana State Fair when the stage came down right before a show by the country band Sugarland. In addition, similar events occurred in 2011 at a Cheap Trick concert and Belgium’s Pukkelpop Festival.

Watch a News Report on the Radiohead Stage Collapse