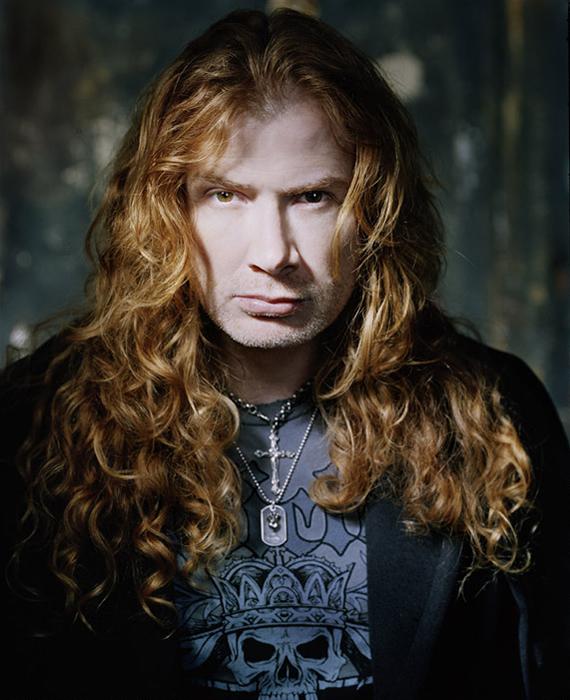 Following his messy exit from Metallica in the ’80s, Mustaine had a longstanding feud with his former band. All parties seemed to have patched things up with the series of recent ‘Big 4′ shows that saw Metallica and Megadeth sharing a bill with Slayer and Anthrax. In fact, Mustaine joined Metallica onstage in December 2011 during one of their 30th anniversary shows in San Francisco.

The good vibes led Mustaine to declare that he’d like to form a supergroup with Hetfield, Metallica drummer Lars Ulrich and Megadeth bassist Dave Ellefson. However, in a recent interview, Hetfield suggested that Mustaine has a ‘big mouth’ and that all that talk about a supergroup was ‘crazy.’

After seeing Hetfield’s comments, Mustaine texted the Metallica frontman to apologize, telling Artisan News in a video interview: “I already sent [James] a text message and said I apologized to him for saying that and that I won’t ever mention it again … I guess my whole thing was I just wanted them to know that I loved them and that I missed them and I enjoyed playing with them. If that’s not mutual, then I understand. I still respect him, and I still care about the guy. If he doesn’t wanna play [with me] anymore, that’s cool. If he doesn’t like the idea of what I said, that’s OK, too. It wasn’t like I said it was gonna happen, it was something that I kind of wished would happen. But you know, it’s OK now, since it doesn’t seem like it’s gonna happen. And you know what?! It’s off my bucket list.”

Mustaine also admits that making his desire for a supergroup public was a mistake: “The thing is that I probably shouldn’t have said stuff like that, ’cause, I guess, to some people, they may think that I’m trying to use that as a way to get publicity, so I can see where there would be some feelings about it, and that wasn’t my intention.”

Megadeth just kicked off a tour with Rob Zombie, while Metallica are celebrating 1991′s Black Album with a tour of Europe. Watch the Artisan News interview with Mustaine in the video below.