CHICKENFOOT, the rock supergroup featuring former VAN HALEN singerSammy Hagar and bassist Michael Anthony, guitarist Joe Satriani andRED HOT CHILI PEPPERS drummer Chad Smith, returned to the studio earlier this month to resume work on its sophomore album, which is expected to arrive before the end of the year. According to Satriani, the new CD “is heavier and better than the first one.” He adds, “I can’t wait to get it out there!”

CHICKENFOOT‘s new album is tentatively due to be mixed in June. The CD’s initial recording sessions were overseen by Mike Fraser, a Canadian producer, engineer and mixer who has previously worked with AC/DC,METALLICA and AEROSMITH. Songtitles set to appear on the album include“No Change”, “Who’s Next”, “Astral Years” and “I Ain’t Got You, I Got The Two By Blues”.

Hagar revealed in March that CHICKENFOOT‘s second album will be titledChickenfoot IV” (Four). He said, “It’s the working title but I guarantee it’ll stick.” He added, “We were all like, ‘What are we going to call the second record? Well, ‘Chickenfoot II’ (Two). And we’re going, ‘We can’t call it‘Chickenfoot II’, that’s too obvious.’ And pretty soon [drummer] Chad Smith, I’m sure was the guy, he’s going, ‘Let’s call it ‘Chickenfoot IV’. And we all cracked up and said, ‘Right on, that’s it.’ And we haven’t talked about it since.”

CHICKENFOOT drummer Chad Smith recently confirmed that he won’t tour with CHICKENFOOT this year in support of the band’s second album due to scheduling conflicts with his main group, the RED HOT CHILI PEPPERS.

CHICKENFOOT‘s self-titled debut disc came out in June 2009 and was certified gold for sales of more than 500,000 copies.

TESLA, Y&T, and BLACK ‘N BLUE are the first confirmed bands for the new metal cruise Monsters Of Rock – The Voyage, which is set to sail on February 25 and return three days later via Ft. Lauderdale / Bahamas / Key West.

Commented the organizers: “The inaugural Monsters Of Rock cruise will be nothing short of epic! Think of it as one big backstage party… Talk about getting up close and personal with some of your favorite bands! This will indeed be the rock ‘n roll vacation that people will chatter about for years to come… and we invite you to be a part of it.”

For more information, go to this location.

Metoyer, who has worked with the likes of ARMORED SAINT, FATES WARNING, W.A.S.P. and SLAYER, among countless other bands, is basically a member of the DC4 family. “I first met Bill when he engineeredARMORED SAINT‘s ‘Revelation’ album,” says Jeff. “Before long he started showing up at DC4 shows, checking us out. And he kept showing up more and more, it kind of became more than just showing up to see your friend play, ya know? So, we started talking and when the opportunity came up for us to work together he just jumped on board.”

“We made a point of making ‘Electric Ministry’ a real guitar album. Back to our roots as guitarists.” says Rowan Robertson. “I think on our last album‘Explode’ we still had a bit of that ’90s feel in us so we’ve gotten rid of that now.”

A “landingpage” for “Electric Ministry” featuring various pre-order options for the CD can be accessed at this location.

Forming as the 21st Century became a reality DC4 came to be when Jeff Duncan met Rowan Robertson, the band’s musical pedigree is virtually unrivaled by their peers.

“Jeff and I met when a local promoter named Happenin’ Harry asked us both to be in his backing back for a few shows in the LA area and in Chicago,” relates Robertson. “When we got back to L.A. he just flat out asked if I wanted to join DC4 and we got along so well and played so great together that I just had to do it.”

Jeff recalls that “I wasn’t into the whole idea of auditioning guitarists, We would know the right one when he came long and that’s exactly what happened. He was looking for the sort of situation we had to offer and as it turned out, we were looking for him!”

Having spent time in such bands as the legendary DIO, metal heroesARMORED SAINT, the short-lived VIOLET’S DEMISE and ODIN, a band who had reached cult status by the end of the 1980s without ever leaving Hollywood, DC4 is much more than just your average hard rock act. 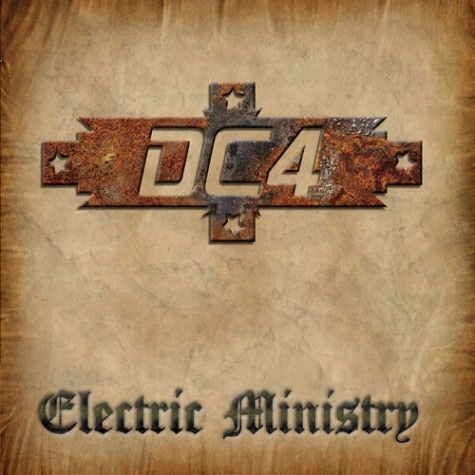