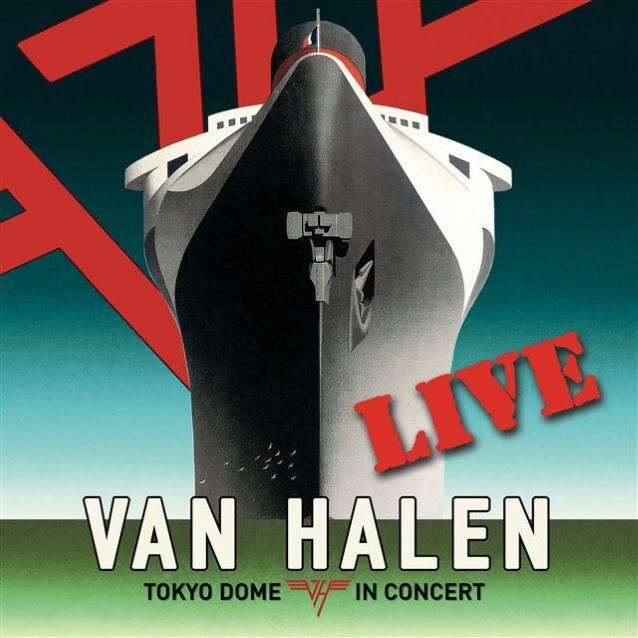 VAN HALEN will release its first-ever live album to feature original singer David Lee Roth. Recorded on June 21, 2013 at the famed Tokyo Dome in Tokyo, Japan, “Tokyo Dome Live In Concert” includes 23 songs, spanning all seven of the band’s albums with Roth. It will be released as a double CD; four-LP set on 180-gram vinyl; and digitally beginning March 31, 2015.

VAN HALEN reinvented the sound of hard rock in 1978 with its influential and wildly successful eponymous debut album and then achieved ever greater success six years later with 1984. Both albums would define a generation while selling more than 10 million copies each in the U.S. alone to earn diamond-certification from the RIAA. The band recently went back to the original analog tapes and remastered both of these landmark albums — “Van Halen” and “1984” — which are now also set for release on March 31, 2015 through Warner Bros. Records.

Considered one of the greatest debut albums in rock history, “Van Halen” took the music world by storm in 1978 with an 11-song manifesto that features some of rock radio’s most played songs of all time and scorching concert staples like “Runnin’ With The Devil”, “Ain’t Talkin’ ‘Bout Love”, “Jamie’s Cryin'”, the band’s signature cover of THE KINKS‘ “You Really Got Me”, and Eddie Van Halen‘s finger-tapping tour de force, “Eruption”. Six years and five albums later, VAN HALEN had become one of the biggest bands in the world around the release of “1984”, which includes a number of the band’s most legendary songs such as the #1 hit “Jump”, “Panama” and “Hot For Teacher”.

Mastering engineer Chris Bellman, who remastered the original albums at Bernie Grundman Mastering Studios, was enlisted for these new versions. In order to produce the original sound the band intended, Bellman cut straight from the quarter-inch tapes for CD; for 180-gram vinyl; and for the digital versions. Newly mastered versions of “Diver Down”, “Women And Children First”, “Van Halen II” and “Fair Warning” are now being cut (for CD, for vinyl, and for digital) for release later in spring.

, ROXY MUSIC, NINE INCH NAILS, and many more), and mastered by Chris Bellman, the album features such classic anthems as “Dance The Night Away”, “Beautiful Girls”, “And The Cradle Will Rock…”, “Unchained” and “Everybody Wants Some!!”, as well as blistering versions of “Tattoo”, “She’s The Woman” and “China Town” from the group’s most recent studio album, “A Different Kind Of Truth”.

A deluxe collection featuring “Tokyo Dome Live In Concert” and the newly remastered “Van Halen” and “1984” albums, as both a four-CD set and a six-LP vinyl set in special packaging, will also be available March 31. 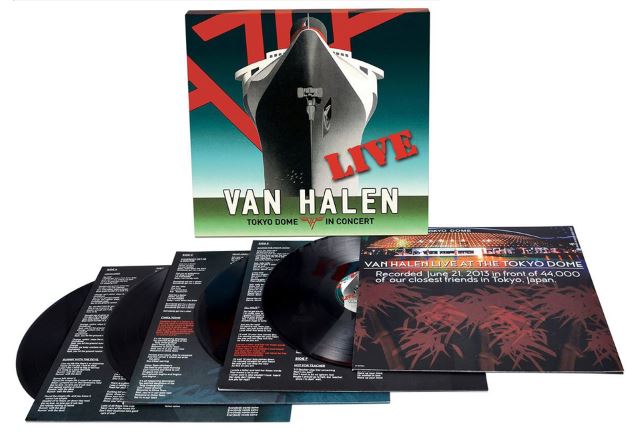 According to Van Halen News Desk, the front and back covers of “Tokyo Dome Live In Concert” feature famous paintings by Adolf Mouron Cassandre. Roth loves the art deco era, and chose Cassandre‘s painting of the SS Normandie for the front cover, continuing with the traveling theme that started with the locomotive on “A Different Kind Of Truth”. The back cover is similar to Cassandre‘s painting of the French cruise-liner L’Atlantique.