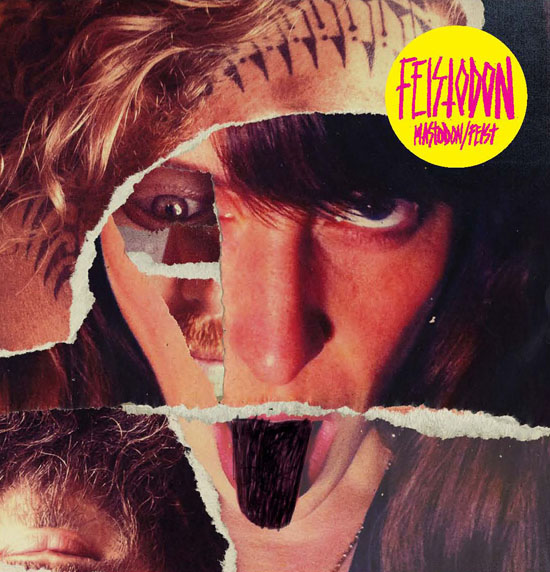 With the newly digitized release of the Mastodon/Feistsplit, ‘Feistodon,’ a music video has been created for the track ‘A Commotion.’ Originally recorded by Canadian singer/songwriter Feist, Mastodon created their own interpretation of the track for the original Record Store Day release of the ‘Feistodon’ 7″ vinyl album.

Having only been available in a limited edition 7″ single to celebrate Record Store Day on April 21, each one of the 5000 copies of ‘Feistodon’ flew off the shelves. Luckily, fans can now download the split, which also consists of Feist covering Mastodon’s ‘Black Tongue.’

The new music video for Mastodon’s re-imagining of ‘A Commotion’ stars Feist herself, depicting the female musician completely demolishing a quaint room full of elegant tea cups and books, along with various guitars and violins before joining a raucous party. One of the most interesting parts of the video, however, is that Feist is shown singing along to her own lyrics for ‘A Commotion,’ although Mastodon provide all the vocals for the cover.

Mastodon drummer and co-vocalist Brann Dailor recently spoke with Rolling Stone about the ‘Feistodon’ split. “It’s fun for us,” begins Dailor. “I mean, most times we end up doing covers of bands that are already sort of heavy or that is already in that vein, like the Melvins, Thin Lizzy, Metallica, you know what I mean? What are you gonna do to those songs to make them your own? It’s kinda difficult and especially with stuff like Metallica or the Melvins where we’re so kinda familiar and in love with the versions that Metallica and the Melvins and Thin Lizzy have created, you wanna make it sound like theirs because that’s what you’re so used to hearing. You don’t really wanna mess with it. With Feist, it’s something that we could really play with and do something different with.”

Check out the ‘Feistodon’ video for ‘A Commotion.’ To buy a digital copy of the split, click here.