10. After The Leaves Have Fallen

REVERENCE will embark on a European tour in November. Exact cities and dates will be announced shortly.
For more information, visit www.ReverenceMetal.com. 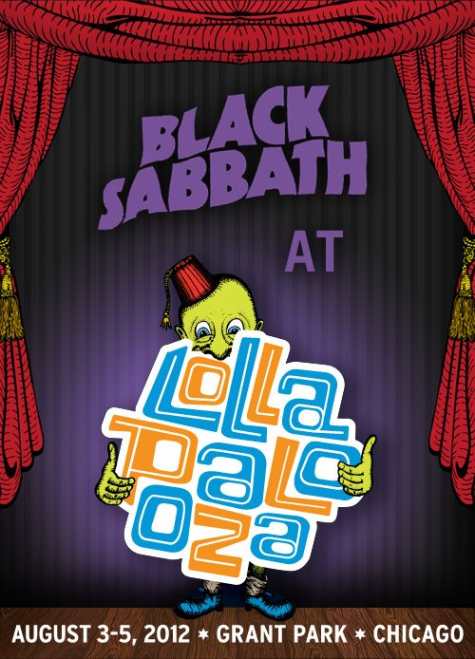 Three-quarters of the original BLACK SABBATH lineup performed last night as the headliner of this year’s edition of the Lollapalooza festival in Chicago, with founding drummer Bill Ward sitting out the reunion due to a contract dispute. His fill-in is Ozzy Osbourne touring drummer Tommy Clufetos.

This was SABBATH‘s only North American performance of 2012 as guitarist Tony Iommi continues his treatment for cancer. The rest of the scheduled SABBATH tour dates were played by Ozzy Osbourne and billed as “Ozzy & Friends.”

Drummer Chad Smith of the RED HOT CHILI PEPPERS — who are performing at Lollapalooza tonight — told The Pulse Of Radio that he was looking forward to seeing BLACK SABBATH, but added a disclaimer. “I’m little disappointed that — I mean, I’m happy for my hometown boy Tommy on drums, but no Bill Ward,” he said. “Disappointing. It’s like the VAN HALEN thing — you get back together and then you don’t have the guy that’s the original guy? [groans]”

Ward in May announced again that he was declining to join his former bandmates for its scheduled 2012 dates, as well as the recording of a new album, due to a contractual dispute.

He also allegedly had his lawyers direct SABBATH to remove him from photos of the band posted at the official BLACK SABBATH web site “so as to not give the public the wrong impression about his involvement in the current BLACK SABBATH lineup,” according to a statement issued by the band’s publicist.

Bassist Geezer Butler issued a lengthy retort at his own web site, writing that Ward “hadn’t told any one of us he was having contractual problems, and frankly those things are worked out between our representatives, and never between the four of us, let alone in public.”

Until now, Iommi told The Pulse Of Radio a while back that the members of SABBATH stayed friendly even when there were legal or other issues going on. “We’ve always been talking. We’ve always been in touch with each other,” he said. “There might be a lawsuit in the thing between us, but we still talk to each other like nothing’s happened, you know.”

The members of SABBATH will play at Lollapalooza this August in Chicago, their only scheduled U.S. gig. The rest of the scheduled SABBATH tour dates were played by Ozzy and billed as “Ozzy & Friends.”

Ozzy, Iommi and Butler are working on their first new album together in 33 years. Clufetos is a member of Ozzy‘s solo touring band.