“Jon was not only a great musician, he was my favorite dinner companion.

“We are all deeply saddened. We knew he was sick but the word was that he was recovering and doing much better. This news came as a complete shock.

“Without Jon there would be no DEEP PURPLE. He lives on in our hearts and memories.”

“It’s unthinkable that Jon is gone. My thoughts are for his wife Vicky and all his children and family at this sad moment in their lives. I wish them all strength. A great sadness and sense of loss hangs over me. Not only has the music world lost a fantastic musician but a gentleman of the finest order. He was a giant in my life, a great friend, a fellow traveler, a teacher, not only of music, but of life. I am devastated at his passing.”

DEEP PURPLE singer Ian Gillan spoke to the U.K. digital radio station Planet Rock yesterday (Monday, July 16) about the passing of former DEEP PURPLE/WHITESNAKE keyboardist Jon Lord. You can listen to a snippet of the chat using the SoundCloud player below.

“He was just an amazing character and, I suppose, the godfather of DEEP PURPLE, and we all looked up to him with tremendous admiration,” Ian said. “If there was such a thing as a typical English gentleman in rock music, then it was Jon Lord. We’ve all been touched by Jon one way or another — anyone who’s involved in music, not only the fans, but also behind the scenes. We all know Jon for the inspiration and the incredible talent that he was. I could speak for hours about what he’s given us. We shall carry his memory forward and his music, of course.” 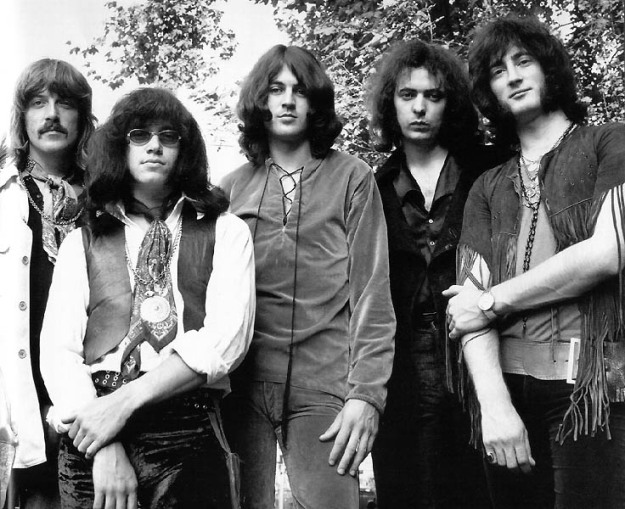 The death of legendary Deep Purple keyboardist Jon Lord has shaken the others in the rock world too. Among those who have tweeted their condolences are Slash, Mike Portnoy, Iron Maiden, Tom Morello and many more. Perhaps the most notable post other than his bandmates from DEEP PURPLE however, comes from Black Sabbath bassist Geezer Butler.

In reaction to the death of Jon Lord, Geezer Butler shared his thoughts of the Deep Purple keyboardist. “Very sad to hear of Jon’s death, following his battle with the demon cancer,” begins Butler. “One of the great musicians of my generation. Tony Iommi recently worked with Jon, and said what a lovely bloke he was. I met him a few times, but never got to work with him. Blessings.”

Lord passed away after a long battle with pancreatic cancer, passing away at 71 from a pulmonary embolism earlier today (July 16.) Jon Lord may be most well-known for co-writing the Deep Purple classic ‘Smoke on the Water.’ The keyboardist dedicated over 25 years with the band, which finally split up for good in 2002.

Our thoughts go out to the family and friends of Jon Lord. Check out these tweets paying tribute to Lord from some fellow rock musicians below.

The music world is speaking up following the death of iconic rock and metal keyboardist Jon Lord, who made his name in Deep Purple and Whitesnake.

Lord’s Deep Purple and Whitesnake bandmate David Coverdale stated, “It was an absolute joy and pleasure for me to know him and work alongside him. He is missed already.”

Black Sabbath bassist Geezer Butler posted online, “Very sad to hear of Jon’s death, following his battle with the demon cancer. One of the greatest musicians of my generation. Tony Iommi recently worked with Jon, and said what a lovely bloke he was. I met him a few times, but never got to work with him. Blessings.”

Accept bassist Peter Baltes told Blabbermouth, “Just like Ronnie [James Dio] was the master on vocals, Jon Lord was the kind on the Hammond organ … R.I.P. Jon Lord. I grew up on Deep Purple. He was truly the best … [It’s a] very sad day for rock.”

Meanwhile, on Twitter, Twisted Sister‘s Dee Snider, Slash, and Iron Maiden all left their comments. Snider stated, “I just found out that Jon Lord from Deep Purple passed away. What an amazing musician and a true gentleman. We lost a great one … RIP.”

Slash added, “Sad day in rock and roll. Jon Lord has passed on. One of the biggest, baddest, heaviest sounds in Heavy Metal. One of a kind. RIP.”

Iron Maiden offered, “Very sad to hear that Jon Lord has passed away.”

The musician died Monday morning (July 16) at the age of 71 after suffering a pulmonary embolism.