I just experienced TRANS-SIBERIAN ORCHESTRA live for the first time. I hope it’s not the last.

The performance the wife and I saw was BEETHOVEN’S LAST NIGHT, a fictional account of LUDWIG VON BEETHOVEN’S final night on earth as Mephistopheles offers BEETHOVEN a dirty deal to save his soul.

Fantastic performances abound as the huge ensemble delivers one astounding performance after another. The storyteller, Brian Hicks, gives a powerful, wide ranging performance and is one of the highlights of the show. The nine, yes, NINE vocalists are all commanding and their talents range from superb to mind boggling.

The core of the performance though is the band and the technically flawless, soulful, and piercingly intense delivery of BEETHOVEN’S music in grand metal style. Great music performed by great musicians along with great operatic vocalists make for, well, a great night.

I have seen the biggest and the best metal and hard rock bands of all-time and TRANS-SIBERIAN ORCHESTRA now ranks among the Top Five shows I’ve seen. Right up there with KISS, JUDAS PRIEST, and RUSH.

Guitarist Al Pitrelli, of MEGADETH, ALICE COOPER, and SAVATAGE  fame puts on an impressive display of guitar skills, drummer Jeff Plate, a founding member of TRANS-SIBERIAN ORCHESTRA and drummer for SAVATAGE too, is mighty and every bit a metal master on the drums as any stickman on the planet.

Chris Caffery, is the long-time guitarist for SAVATAGE, since Hall of The Mountain King, and another founding member of TSO. What a player! Chris is the glue that holds this band together and is a consummate showman. 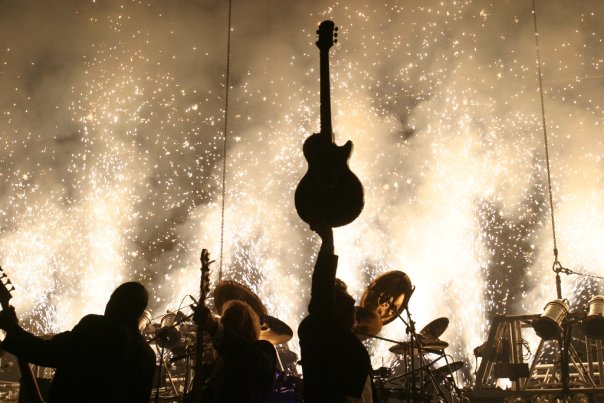 The behind the scenes composing team of Paul O’ Neill, Robert Kinkel, and Jon Oliva have credits as impressive as anyone in the music business. Paul O’Neill began his professional career as guitarist for the touring productions of “Jesus Christ Superstar, and “Hair,” before going on to help launch the careers of Aerosmith, AC/DC, Def Leppard, The New York Dolls, and many others. His next big gig was producing four SAVATAGE albums as well as the BADLANDS debut album.

Jon Oliva, of course, is a founding member of SAVATAGE and served as their lead singer on all of their albums. An accomplished pianist, vocalist, and songwriter Mr. Oliva is as metal as they come and one of my favorite songs of all-time is SAVATAGE’S “Jesus Saves,” in which he proves he is a masterful singer and storyteller.

If you’ve never seen TRANS-SIBERIAN ORCHESTRA, what the hell are you waiting for? That’s what I’ve been asking myself since I saw them.