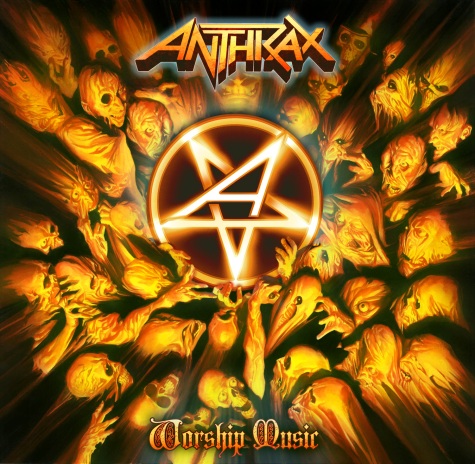 On Wednesday, January 25, ANTHRAX guitarist Scott Ian contracted a bad viral infection that caused him to be hospitalized near his home in Los Angeles. He was put though a battery of tests, and received fluids intravenously. While he was allowed to go home to await the test results, ER doctors told him he could not fly for at least 24 hours; consequently Ian missed Thursday’s show in Kansas City and will miss tonight’s (Friday, January 27) Indianapolis show. He is expected to rejoin the band in Fort Wayne on Saturday.

ANTHRAX drummer Charlie Benante is taking a short leave from the band’s concert tour to be with his mother who is terminally ill. Immediately following Thursday’s show Kansas City, Benante flew to New York to join his family at his mother’s bedside.

In Ian‘s absence, guitarists from TESTAMENT and DEATH ANGEL have stepped in to play his parts on various songs; starting with Friday’s show in Indianapolis, TESTAMENT‘s drummer Gene Hoglan will fill in for Benante.

“We didn’t want to cancel any of the concerts, we didn’t want to let anyone down,” said ANTHRAX‘s Rob Caggiano, “so we decided to figure out a way to keep the show on the road. We’re so grateful to the guys in TESTAMENT and DEATH ANGEL for stepping up.”

The members of ANTHRAX, who are all close to Charlie‘s mom, appreciate the fans’ understanding in this very difficult time.

ANTHRAX‘s video for the song “The Devil You Know” can be seen below. The clip contains clips of all the band highlights of last year.
“The Devil You Know” comes off ANTHRAX‘s latest album, “Worship Music”, which sold more than 80,000 copies in the United States since its September 13, 2011 release.