VAN HALEN NEW VIDEO/SINGLE/ALBUM RELEASE DETAILS! AND IT IS SOON!! 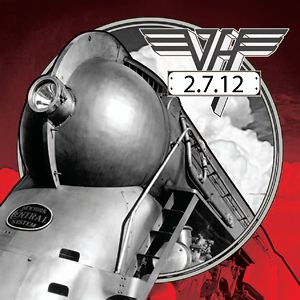 According to the usually reliable VAN HALEN fan site Van Halen News Desk, VAN HALEN will announce the first details of its upcoming tour on January 3, with tickets set to go on sale a week later. The band’s much-anticipated new album — which will be the band’s first with original singer David Lee Roth in 28 years — will arrive on February 7, with the first single and video set to premiere on January 10.
A two-minute trailer for VAN HALEN‘s upcoming tour, which was shot on November 14 at the Roxy nightclub in West Hollywood, California, can be seen below. The clip apparently features visuals of the band performing a brand new song — but all you hear on the clip itself is audio of several David Lee Roth-era VAN HALEN classics.
The November 14 shoot was reportedly for a video for the song that the band is seen but not heard playing in the tour announcement clip.
VAN HALEN‘s new record deal with Interscope was finalized last month and marks the first time the band has recorded away from Warner Bros. Records, which signed the group in 1977.
ALTER BRIDGE guitarist Mark Tremonti recently said in an interview that he had gotten an opportunity to hear new VAN HALEN music through his friendship with bassist Wolfgang Van Halen (guitarist Eddie Van Halen‘s son), saying it sounded like “vintage VAN HALEN.”
Producer Ross Hogarth spoke with Ultimate-Guitar.com about the work he did on the project, saying, “The whole VAN HALEN record has been recorded and we’re all excited. I’m really stoked about it, as it is the original band, Eddie and Alex with Wolf playing bass, and David Lee Roth singing, it’s the killing side of VAN HALEN at the top of their game again with Diamond Dave, and the band on fire.”
VAN HALEN reunited with Roth in 2007 for a successful year-long reunion tour — minus original bassist Michael Anthony, who now plays with ex-VAN HALEN singer Sammy Hagar in CHICKENFOOT.