“Winter Wonderland”, the new video from STONE TEMPLE PILOTS/ex-VELVET REVOLVER singer Scott Weiland, can be seen below. The song comes off his Christmas album, “The Most Wonderful Time Of The Year”, which was released on October 24 via Rhino Records.
According to a press release, the CD covers “a variety of styles including big band swing, orchestrated ballads, reggae, bossa nova and more, all delivered with surprising ease by Scott Weiland.”

“The Most Wonderful Time Of The Year” track listing:

In a recent interview, Weiland stated about his reasons for releasing a Christmas album, “Um, well, why not? They’re songs and renditions that I’ve listened to from a child all the way to my adult years. And they’re very special to my heart, you know. If you last long enough in this business, you have the ability to make the kind of music you want to make. And this is something I’ve wanted to do for a while.”

When asked how he ended up making a Christmas album, Weilandsaid, “We actually recorded one song over a year ago, and we decided, ‘Let’s make this an album.’ So we recorded with a full jazz orchestra — some of the best players around. And we took a lot of time figuring out the arrangements and finding the right keys and giving some of the songs a different flavor. You’ve got some bossa nova, a little reggae. It was amazing to be able to sing those kinds of songs and experiment with different phrasing. Singing rock ‘n’ roll is a lot different than singing jazz.” 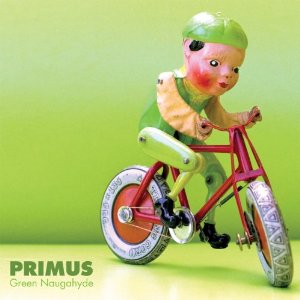 If Primus wanted to go for the obvious, the band’s new clip for “Tragedy’s a’ Comin'” — their first video in eleven years — could have featured any number of post apocalyptic scenarios or  personal tragedies. But then they wouldn’t be Primus, and we wouldn’t have a lobster lament on our hands.

“Musically, it’s upbeat,” singer/bassist Les Claypool told IFC. “But lyrically, the song is all about impending doom. This last year has been a trying time in my world, with my mother fading away, my brother’s baby boy getting diagnosed with leukaemia, and other people having various ailments. So the song is about a storm coming, the rain must fall. But to depict that would have been the cliché thing to do, so we’ve got lobsters.”

As a lobster sits in his tank, he’s forced to watch all his friends get plucked out and served up to socialites one by one, and all he can do is wait and fantasize about being on a beach, where his larger-than-life self is played by Claypool.