Original KISS guitarist Ace Frehley‘s book, “No Regrets: A Rock ‘N’ Roll Memoir”, landed at position No. 10 on the New York Times “Hardcover Nonfiction” best sellers list. The book, which is described as a look back at Ace‘s “life of sex, drugs, and rock-and-roll,” arrived on
November 1 via Gallery Books, an imprint of Simon & Schuster.

“No Regrets”, which was published under Gallery‘s VH1 Books imprint, was co-written by New York imes journalist Joe Layden who also authored “The Last Great Fight” about what is considered by many to be the biggest upset in the history of boxing: James “Buster” Douglas‘ tenth-round knockout win over Mike Tyson in 1990.

An excerpt from the first  chapter of “No Regrets” can be found at  the SimonAndSchuster.com web  site.

Commented Frehley: “I think Sinatra said it best… ‘Regrets I’ve had a few, but then again, too few to mention.'”

One of the  most popular rock guitarists of the 1970s, Frehley became an inspiration to a generation of  guitarists with his lead-guitar prowess and atmospheric Les Paul  sound.

Frehley performed with KISS from its inception in 1973 until his first departure  in 1982 before rejoining KISS in 1996  for a very successful reunion tour. Frehley‘s second stint lasted until 2002 as Ace went back to being a solo artist  again, but the stories and memories still remain from touring in one of rock and roll’s most successful acts of all time. 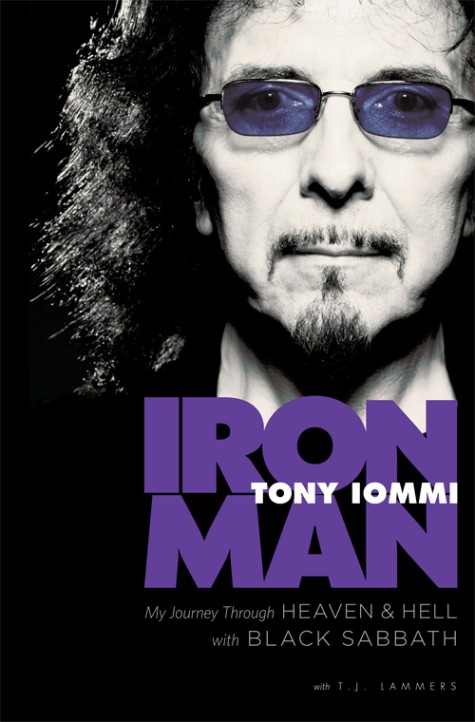 : My Journey Through Heaven And Hell With Black Sabbath”, landed at position No. 35 on the New York

on November 1 in hardback by Perseus Books/DeCapo Press.

Da Capo reportedly paid a six-figure amount at auction for the rights to the 352-page book, which was described as “‘Angela’s Ashes’ meets ‘The Ground Beneath Her Feet’ meets ‘Spinal Tap’” by Foundry Literary + Media co-founder Peter McGuigan, who completed the North American rights deal for the memoir.

In a recent interview with Guitar World magazine, Iommi explained how his autobiography came together. “I had a chap called TJ Lammers, who I met many, many years ago when he used to work at Phonogram Records,” he said. “He later became a journalist and he had his own magazine. He lives in Holland and we’ve stayed in touch over the years. I’ve had a few people say, ‘Oh, I can write a book for you,’ but I wanted a different outlook to the normal music journalist, and that’s what happened. He came over to England and stayed with me for a few days. Then he’d write it up, come back again and do more. The whole thing took a couple years to finish.”

When asked how his book is different to the typical rock biography, Iommi said, “I don’t know. I don’t read rock biographies, so it could be the same, it could be different. It’s just my life, really. It’s about what happened and what I grew up from, and how I’ve gone through life to where I am now. It’s something I probably should have done a long time ago because there are so many books out now. I’ve been meaning to do it for many, many years but never got around to it.”