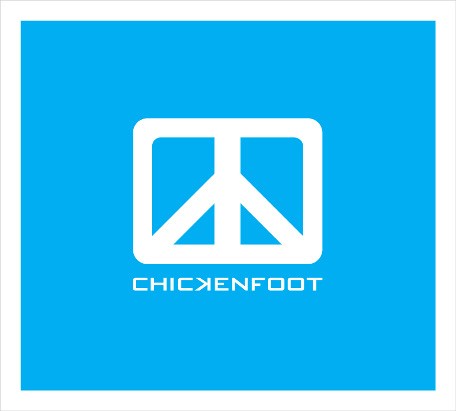 “I am very proud of the new album,” says lead singer Hagar.

“We’re calling the album ‘Chickenfoot III’ because it’s so good, the songs are so tight, it’s like we jumped right past having to make a second record.” He adds, “We’ve established a real trust, Joe and I, we truly bring out the best in one another, and that spreads to the whole band.”

“Chickenfoot III” features 10 tracks with so many moments of epiphany that one can barely take them all in on first listen. Colossal, stadium-shaking riffs abound on earth-movers such as “Alright, Alright”, “Last Temptation”, “Bigfoot” and “Lighten Up”.

“Come Closer” marks a dramatic twist in that Hagar wrote the words first and Joe Satriani composed the music to suit the lyrics. Elsewhere, CHICKENFOOT tackles issues such as mortality in “Up Next” and the world’s economy in “Three And A Half Letters” on hard-as-nails cuts that rock the body while filling one’s senses.

Joe Bosso of MusicRadar says, “In an era when the relevance of the album as an art form is under close scrutiny, CHICKENFOOT comes roaring back with the perfect answer: a superlative, hook-filled rock ‘n’ roll disc that simply must be experienced from start to finish. Tough yet full of intricate textures, played by musicians at the top of their game, this is the kind of record that bands both young and old dream of making.”