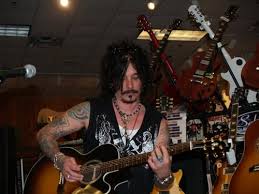 John Corabi, former lead singer of MÖTLEY CRÜE, THE SCREAM and UNION, dedicated a song to late WARRANT frontman Jani Lane during his solo acoustic concert last night (Friday, August 12) at the House Of Blues in Atlantic City, New Jersey as the support act for CINDERELLA. Fan-filmed video footage of the dedication and performance can be seen below.

Corabi is putting the finishing touches on an acoustic album which he says will include “old songs, new songs and just a sample of things to come.” The set will contain two versions of the MÖTLEY CRÜE‘s song “Hooligan’s Holiday” — a stripped-back acoustic version and a more elaborate but still acoustic-based band arrangement — as well as a version of the CRÜE‘s “Loveshine” and even a song by Corabi‘s first band, ANGORA, which was originally produced by Steve Vai.

Corabi sang on MÖTLEY CRÜE‘s sixth and self-titled album, which was released in 1994. 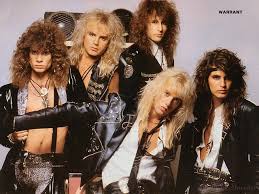 Fan-filmed video footage of the “Heaven” song dedication can be seen below.

Guitarist Erik Turner — who co-founded the band — told earlier in the day on Friday, “We never thought that when the song ‘Heaven’ was written we would be playing it some day in the memory of Jani‘s untimely death.” He added, “This is a very sad day for rock and roll.

“One of the great things about music is that it lives on forever.”