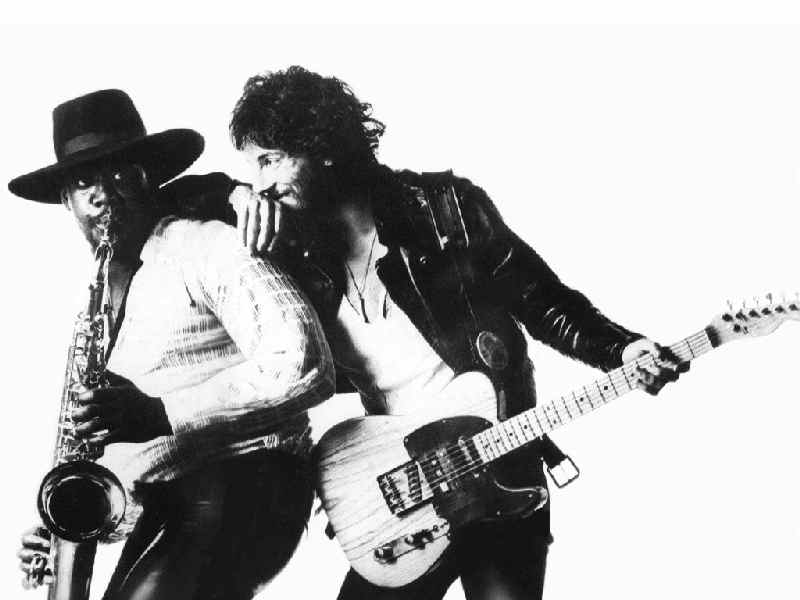 Although Bruce Sprinsteen and the E Street Band can’t technically be called hard rock and definitely can’t be considered heavy metal, in many circles over the years they are credited with saving rock and roll from it’s own excess in the mid-70’s.

With that in mind I believe Mr. Clarence Clemons contributions to rock and roll over the past 40 years need to be honored here.

The following story gives some details. I’ll supply a couple video moments below.

THE HOLLYWOOD REPORTER – Saxophonist Clarence Clemons has died, almost one week after suffering a stroke at his home in Florida. He was 69 years old.

According to reports, he had undergone two brain surgeries while hospitalized but had taken a turn for the worse in recent days.

A 40-year member of the E Street Band, Clemons appeared on Bruce Springsteen‘s debut album, 1973’s Greetings from Asbury Park, and is seen on the cover of his breakthrough record Born to Run, released two years later. Among the Springsteen songs to feature his scintillating saxophone solos are “Thunder Road,” “Born to Run,” “Jungleland,” “Badlands” and “Dancing in the Dark.”

Clemons also had memorable cameos in the films New York, New York (1977), Bill and Ted’s Excellent Adventure (1989) and Fatal Instinct (1993) and in the TV shows Nash Bridges, The Wire and The Simpsons.

This past April, Clemons delivered the National Anthem at the Florida Marlins’ season opener. His final live television performance was on the American Idol season 10 finale on May 25, when he joined Lady Gaga for her single “Edge of Glory.” Clemons also appears in the just-released video for the song, where he is seen on a city-like stoop playing his sax.

On June 14, Springsteen posted a message of support for his longtime friend, writing, “By now, many of you have heard that our beloved comrade and sax player Clarence Clemons has suffered a serious stroke. While all initial signs are encouraging, Clarence will need much care and support to achieve his potential once again… This is a time for us all to share in a hopeful spirit that can ultimately inspire Clarence to greater heights.”

In a 2009 interview, Clemons recalled his first meeting with Springsteen on a stormy night in Asbury Park, N.J., in the early 1970s. “I was a black guy walking into a white club,” he said. “I walked over to Bruce and said, ‘I want to sit in.’ ‘He said, sure whatever you want to do.’ So I sat in and it was a magical moment. Right now, when I’m onstage with Bruce, I still feel that moment. …  It was so natural, it felt like I was supposed to be there. I looked at him, he looked at me, and we fell in love.”

Gaga had also tweeted encouragement for her collaborator, who appears on two tracks from her latest album Born This Way.

Clemons is survived by his fifth wife, Victoria, and four sons.

Clarence Clemons: 7 Things You Didn’t Know
JUNGLELAND : http://youtu.be/FYfVz-w32Os
BORN TO RUN : http://youtu.be/IxuThNgl3YA
R.I.P. Big Man. Your sax and your soul live on in our hearts, our minds, our ears. Thank you.