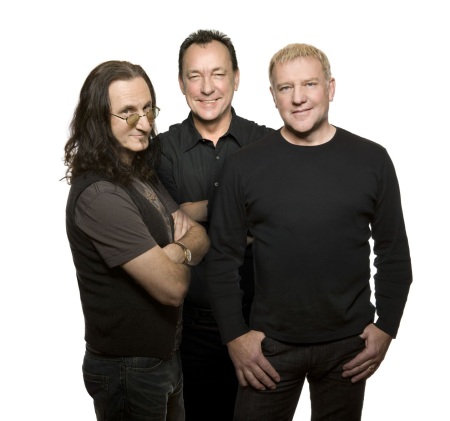 ARTISTdirect.com editor Rick Florino recently conducted an interview with ANTHRAX guitarist Scott Ian. A couple of excerpts from the chat follow below.

ARTISTdirect.com: What is the significance of the “Big Four” to you personally?

Scott Ian: For me, it’s the culmination of many years of work. It feels really great to know that people all over this planet still care so much about what these four bands do after all these years. In all modesty, the four of us are at the top of our game. We’re better than we’ve ever been as bands. Many great heavy metal bands have come along over the years. It seems like every generation gets its own crop of bands. Since METALLICA, SLAYER, MEGADETH, and ANTHRAX started thrash metal back in the ’80s, nothing really ever came along to — for lack of a better word — usurp what we did. Other than maybe the grunge movement and some of the nu metal in the ’90s, I still think there’s never been anything that’s better as far as the music we make goes. Sure there are a ton of great bands out there that you could put under the same umbrella as us, but there will never be METALLICA, SLAYER, MEGADETH, and ANTHRAX again in the scene we started and created. With grunge, you could obviously look at NIRVANA, SOUNDGARDEN, ALICE IN CHAINS, and PEARL JAM. They were four giant bands, and they’re all great in their own way. What we did was really special back then and it stands up and holds true today. There’s a whole new generation of kids who are coming with their older brothers, their dads, or by themselves. Whatever it is we did really connects with people in a big way.

ARTISTdirect.com: This is the first show in America, too. Does that heighten anticipation since you’re all from the U.S.?

Scott Ian: In a way, this definitely has the vibe of being even more special than the first show we did in Poland. That was obviously the first gig we were doing as the “Big Four,” so there was a crazy energy ramping up into that show. With the Indio date, it’s definitely even more so. Even though we played seven shows last year, this is the first show in America. The fact that we’re doing it in Southern California makes sense because, outside of ANTHRAX, the other three bands got their start in Southern California. I couldn’t be more excited about getting to do this at home. It’s an incredible feeling.

ARTISTdirect.com: Where are you at on the new ANTHRAX album?

Scott Ian: The record is almost done. Joey‘s [Belladonna, vocals] been singing. He’s got about seven or eight songs pretty much finished at this point. We’ve got some other tracking to do — some guitars and lead breaks. Overall, I would think the record will be finished and mixed before the summer and we’re looking at a fall release.

Read the entire interview from ARTISTdirect.com.

Whitesnake release their brand new hard rock opus, FOREVERMORE, on 18 April and to celebrate we are giving away a stunning signed BRAZEN FANTASY THORSEN GUITAR, a signed Forevermore box set and signed copies of the album every day for seven days from Monday.

FOREVERMORE is the extraordinary 11th studio album from one of rock’s most enduring bands. It represents Whitesnake’s most no holds barred, most heartfelt, melodic and musically muscular excursion for many a year, with David Coverdale’s iconic vocals backed by his trusted band that includes co-producer/guitarist Doug Aldrich, Reb Beach (Winger, Alice Cooper) on guitar, Brian Tichy (Ozzy, Billy Idol, Foreigner) on drums and Michael Devin (Kenny Wayne Shepherd, Lynch Mob) on bass.

The album was preceded by the explosive new single, Love Will Set You Free, which brilliantly sets the tone of the album.

To get all the info you need on the new album, be sure to visit www.whitesnake.com

WHITESNAKE – LOVE WILL SET YOU FREE

RUSH – Bassist/vocalist Geddy Lee of Canadian rock legends RUSH spoke to The Plain Dealer about the progress of the songwriting sessions for the band’s upcoming 20th studio album, “Clockwork Angels”, for which a release date has not yet been set.

“We’ve got about seven songs written,” Lee said. He added, “When you hear the first two songs [‘BU2B’ and ‘Caravan’], which we’re playing live now, they definitely have a heavier sound. It’s the heavier side of RUSH in the early going. But when I think of all the songs that we’ve written already, there’s quite a lot of diversity there. I think — I hope — RUSH fans will like it. We’re certainly going to work hard to make it a great record, as we always try.”

As a tribute to the U.S. city that first played the band’s music, RUSH has confirmed that the Cleveland performance of its “Time Machine” show on April 15 at the Quicken Loans Arena will be filmed for a full-length release.

Cleveland is remarkable for being one of the very first U.S. cities where RUSH performed, in addition to being the first city to provide American airplay.

This will be a must-see event for RUSH fans in Cleveland — and for everyone able to make the road trip as it is will also mark the first live full-length filming on U.S. soil.

The “Time Machine” tour is an evening with RUSH, where they will perform their classics, give a taste of the future and will — for the first time ever in the U.K. — feature the “Moving Pictures” album live in its entirety.

“‘Moving Pictures’ is our most popular album and it’s the one that seems to have passed the test of time most gracefully,” observes singer/bassist Geddy Lee. “We’re playing better than ever, and I’m not sure we’re quite ready to put that tour away,” he adds.