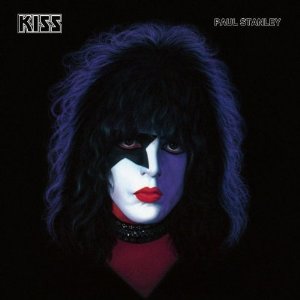 , the driving force behind KISS, the greatest rock band of all time, will appear on the nationally syndicated television show “The Doctors” on Thursday, April 14. Paul will discuss his work with the non-profit House Research
Institute, his own hearing loss and his efforts to prevent noise-induced hearing loss amongst teens.

Check your local listings for air times or go to www.thedoctorstv.com for further programming information.

Did you know that rock icon Paul Stanley was born deaf in his right ear? Did you also know that 1 out of 5 teens has a hearing loss? That’s a 30 percent increase just in the last 15 years. Maybe that explains why the legendary front man who has sold over 100 million albums is so passionate about preventing hearing loss amongst teens.

Stanley, has teamed-up with the non-profit House Research Institute on a major initiative called “It’s How You Listen That Counts” to educate millions of teens around the world on preventing noise-induced hearing loss.

Paul will be drawing the attention of teens in New York

The event, free for teens, will take place at the Director’s Guilds in New York City

On Wednesday, May 4 from 3:30 to 5:30 p.m., the House Research Institute (HRI) will present “Sound Rules! A Sound & Hearing Celebration” at the Director’s Guild of America (DGA) Theatre located at 110 West 57th Street in Manhattan in New York City.

On Thursday, May 12 at 3:30 p.m., the House Research Institute will present “Sound Rules! A Sound & Hearing Celebration” at the Director’s Guild of America Theatre in Los Angeles, located at 7920 Sunset Boulevard.

Sound Rules! is a FREE hearing loss prevention education and entertainment event for teens that will feature Paul Stanley, lead singer/guitarist of KISS and hearing health experts from the House Research Institute, along with valuable contest prizes and giveaways. Space is limited; reservations are required.

Wright (AC/DC, DIO, UFO, MICHAEL SCHENKER GROUP, RHINO BUCKET) played drums in DIO for 1990’s “Lock Up The Wolves” album. He left the band in 1991 when Ronnie James Dio rejoined BLACK SABBATH. Wright
returned to DIO in 1999 and remained the band’s drummer until Ronnie‘s death. Vinny Appice was the DIO drummer from 1993 to 1999.

Commented Ronnie James Dio‘s widow and manager Wendy: “There will never be another Ronnie, but we want to keep his music alive and hope you will support the band and become one of the DIO DISCIPLES.”

JANE’S ADDICTION yesterday (April 7) gave its fans the chance to be the first to hear music from “The Great Escape Artist”, the band’s first new studio album in eight years.
The group’s singer Perry Farrell, guitarist Dave Navarro and drummer Stephen Perkins are giving away a free download
of the final mix of “End To The Lies” exclusively at their web site, www.janesaddiction.com.

“The Great Escape Artist” will be released this August on Capitol Records (exact date to be announced).

An early, unfinished version of “End To The Lies” leaked on March 30 in Chile when Farrell made an appearance on the “La Ley D Rock” program on the Chilean radio station Radio Futuro, after which the song became an instant viral sensation.
JANE’S ADDICTION was in Chile as one of the headliners of the inaugural Lollapalooza Chile, which took place last
weekend (April 2-3) in Santiago’s O’Higgins Park.
For “The Great Escape Artist”, JANE’S ADDICTION is working with producer Rich Costey (MUSE, FRANZ  FERDINAND, INTERPOL), with TV ON THE RADIO‘s Dave Sitek on the team. Sitek, best known for his production work on TV ON THE RADIO, YEAH YEAH YEAHS and THE FOALS, is writing, programming, and playing bass on the album. The band, with Chris Cheney on bass, will be touring throughout 2011.