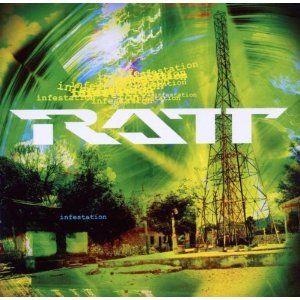 Another glorious return to form from a band that hasn’t done anything respectable in over two decades. This album simply kicks ass. Fun, rollicking, and hard hitting this album is the best thing Ratt has done since 1985’s Invasion of Your Privacy, Ratt’s second album.

Standout tracks include: ” Lost Weekend,” “Best of Me,” and “Last Call.” Newest Rattster Carlos Cavazo(ex-Quiet Riot lead guitarist during their most succesful era) adds some stellar leads and beefy riffs to this return to Ratdom while original Rattsters Warren DeMartini, Stephen Pearcy, and Bobby Blotzer return to their glorious roots. Mainstay in Ratt since 1996, bassist Robbie Crane continues to hold down the bottom end and keeps it fat and mean.

If Ya wanna’ party like it’s 1985? Buy this album crank it up and pound the Buds!