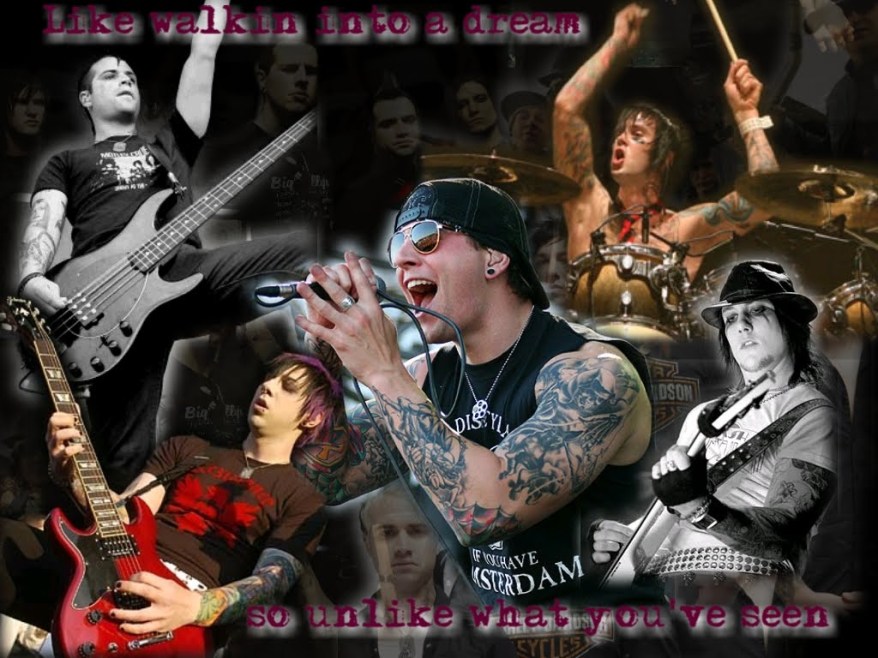 According to The Pulse Of Radio, AVENGED SEVENFOLD has confirmed that it will enter the studio in January to begin recording its sixth album. The new disc will follow up 2010’s “Nightmare”, which reached No. 1 on the Billboard album chart. Singer M. Shadows gave NME.com a hint of what the upcoming set would sound like, saying, “This album’s a little more groove orientated. There’s a little bit more groove to it, a little bit more focused on bigger riffs. So that’s where it’s headed — every song has gotta have a huge riff and every song has to have a groove to it.”

A summer 2013 release is planned for the album.

Meanwhile, with Christmas just around the corner, Shadows told The Pulse Of Radio about a valuable lesson he learned in his childhood during the holidays. “One of my first Christmases when I was a little guy, I was obsessed with Batman, and my parents bought me all these Batman clothes — like Batman hat, Batman shirt, Batman shorts, Batman skateboard,” he said. “I remember I actually wore the same clothes every single day after Christmas for like four months straight until all the kids in the neighborhood were making fun of me. So my lesson to everyone would be: be careful what you wish for — you’re not as cool as you think you are.”

In addition to contributing “Carry On” to the new Call Of Duty game,AVENGED SEVENFOLD also appears in the game’s closing credits.