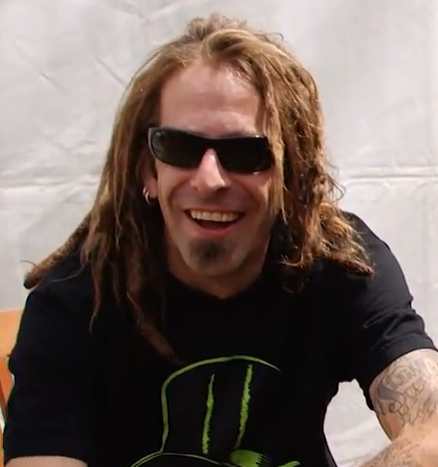 Lamb of God vocalist Randy Blythe was released from a Czech prison on Aug. 2, and although he’s back home in the United States and touring with his band, word has just come through of a major development in his case. The State Attorney’s Office in Prague officially indicted Blythe on manslaughter charges on Friday, Nov. 30, which means that Blythe will likely stand trial in the near future.

According to Czech news source Novinky.cz, the District Court now has three months to either set a trial date or to delay the hearing in lieu of further investigation. If convicted of manslaughter as a result of his future trial, Randy Blythe could face 5-10 years in prison.

Blythe has publicly stated that he will not hide out in the United States if summoned for a trial in the Czech Republic, despite the potentially horrific outcome.

“I feel ethically responsible to go back there and face this charge,” declared Blythe in a recent interview with WTVR in his hometown of Richmond, V. “[The victim’s] family right now is in a lot of pain, and they deserve some answers. To lose a child is the worst possible thing a human can go through. I want my name cleared. I have to go around the world and tour, you know? That’s what I do. I’m not going to hide here. I’m an innocent man. I’m going to go to court and see what happens.”

The controversial arrest of Randy Blythe stems from an incident in which a man died nearly a month after he sustained a head injury following an apparent stage fall while attending a Lamb of God concert in the Czech Republic in 2010. Video of the incident has been posted online, although there have been questions as towhether or not the man shown in the footage is in fact the deceased fan. Blythe spent five weeks in a Czech prison over the summer as several legal proceedings delayed his release on bail.

Earlier today, news broke from the Czech Republic that Lamb of God vocalist Randy Blythe has been officially indicted for the charge of manslaughter. Now, an update has come from the Lamb of God camp, who have issued a statement on the case’s most recent development.

This latest development begins a new chapter of Blythe’s controversial case, and the indictment means that the District Court of ‘Prague 8′ has three months to either set a trial date for Blythe, or postpone the decision for the sake of continuing the ongoing investigation. Lamb of God manager Larry Mazer has responded to the indictment with a new statement.

After a three month investigation, the prosecutor in the Czech Republic has decided to move forward with an indictment of Randy Blythe on the charge of manslaughter with intent to cause bodily harm. Obviously, we intend to fight vigorously against these charges as we feel that in no way did Randy intend to cause bodily harm on the young fan who subsequently died from injuries sustained at the show.  As he has stated previously, Randy intends to go to Prague to defend himself at trial.

While it is a tragedy that a Lamb of God fan died following a performance by the group, in no way do I feel that Randy did anything improper that led to the young man’s injuries and subsequent death.  The price of a ticket to a show does not entitle audience members access to a band’s stage.  In the years since the murder on stage of Dimebag Darrell Abbott, performers of all genres have had to become more guarded while performing in response to the dangers presented by fans trying to become part of the performance.  We believe that Randy responded professionally to the numerous amount of fans rushing the stage that day, a number of them captured on videos that have been posted on the internet. We have testimony from the venue operator that acknowledges lax security and an improper barricade being used that evening. Numerous testimonies from fans also were contradictory as to the actions of the multiple fans that tried to access the stage.

At this point, all that the band, myself, and our lawyers can do is to present a defense and try to convince the panel of judges who will hear the case that Randy is innocent of all charges and that his name and reputation need to be cleared and that he be permitted to carry on with his life and career always mindful that a fan passed away after a Lamb of God performance.

Stay tuned for more on the Randy Blythe case as news breaks.