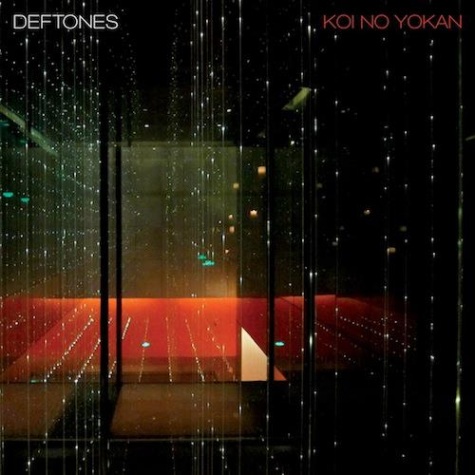 On October 23, Sami Jarroush of the Rock It Out! Blog

with DEFTONES backstage at the Aragon Ballroom in Chicago, Illinois. You can now watch the chat below.

DEFTONES‘ seventh studio album, “Koi No Yokan”, will be released on November 13. The group worked again with producer Nick Raskulinecz, who helmed 2010’s “Diamond Eyes” and has also worked on albums byRUSH and FOO FIGHTERS

for the song “Tempest”. The clip will make its online

debut during the coming weeks.

Speaking to AOL‘s Noisecreep, DEFTONES frontman Chino Moreno stated about the songwriting process for “Koi No Yokan”, “We were coming out of a tough time, obviously, and our goal was to kind of rebuild what we created over all the years. I felt like we had to prove ourselves. We’d taken so much time between records, had some inner turmoil, and our records were starting to get pieced together versus really being created together, so for us it was a chance to get back to basics. We didn’t have an idea of what sort of style we wanted. We just came in fired up and motivated to do something great. It was all very positive. We had more songs

than ever, tons of ideas.”