for the song “Sandpaper” can be seen at WWE.com. The track, which features a guest appearance by AVENGED SEVENFOLDsinger

, “Sin And Bones”, which sold around 3,400 copies in the United States in its first week of release to debut at position No. 143 on the Billboard 200 chart. The CD landed at position No. 1 on the Top New Artist

Albums (Heatseekers) chart, which lists the best-selling albums by new and developing artists, defined as those who have never appeared in the Top 100 of The Billboard 200.

recently told Loudwire about the “Evil Dead”-inspired “Sandpaper” clip, “It kind of started from that and then we said, ‘What if we do a whole ‘Evil Dead’-type homage?’ And then we found this bad-ass cabin in the woods in Atlanta, and just everything kind of fell together from there. We found, right by the cabin, there was a civil war burial ground, and there was this creepy bridge that was near it, and the cabin couldn’t have been more perfect for what we were looking for.”

Check out a photo from CNC Photos.

Asked how the Shadows collaboration came about, Jericho toldLocalBozo.com: “Shad‘s a friend of mine and when I was recording the vocals, I wasn’t really feeling the one part: ‘a cat scratch whiplash / a witch hunt in black.’ So I thought it’d be cool to have somebody else do it, like a calm response. So I called Matt and asked him if he’d be interested. I knew they were off and he was at home, so he’s like, ‘Send me the song and I’ll see what I think.’ I sent it to him and he really dug it. He was a fan of ours from before anyways — he liked a bunch of our songs. He thought that ‘Sandpaper’ was one of the catchiest choruses that we’d ever done and so he kind of took it and laid down the part like I asked him to and then he also rearranged the song a bit — gave it a little bit of a different arrangement, streamlined it, made it a little bit more compact, and in my opinion made it a better song. So not only did he sing what I asked him to, he also put his own spin on it and really went above and beyond to create this amazing song that’s just been doing huge for us since it came out. So it was cool. It was cool on a professional standpoint, on a creative standpoint, and on a friendship standpoint to have him involved.” 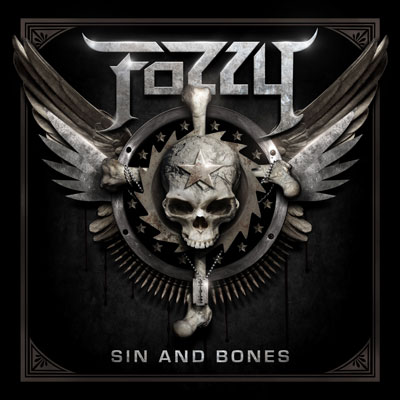