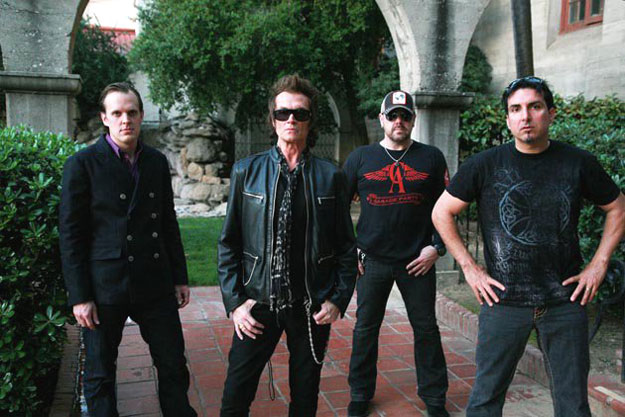 Black Country Communion singer Glenn Hughes, guitarist Joe Bonamassa, and producer Kevin Shirley have taken to Twitter to discuss their frustrations about the recent announcement and almost immediate cancellation of a one-off show in the U.K., leading to further doubt about the band’s future.

Hughes has stated that he took on a much bigger role with the new album, and shared his frustration about Bonamassa’s solo career curtailing the band’s ability to tour. He also voiced his concerns about the band’s future should things continue as is.

Things came to a head last week when the band announced a one-off performance in England, only to quickly cancel the date right after pre-sale tickets had become available.

Producer Kevin Shirley, who masterminded the formation of the band, stated via Twitter, “I like to leave these things alone, but I feel an apology is in order. When you’re thrown a lifeline, it doesn’t serve you to steal the rope! And tweeting doesn’t make it history, or true. Your call will be answered – please enjoy the music.”

Bonamassa added, “I am very sorry about the Black Country Communion canceled gig. But principle still stands for something in 2012. I’m ready to move on.”

Hughes, meanwhile, re-tweeted Bonamassa’s comment with the addendum, “Me too.” Shortly after the initial cancellation, Hughes tweeted online, “Been a rough week.”

The band’s ‘Afterglow‘ album is due Oct. 30, and Hughes has stated that it will have “darker” lyrical themes with “moments of drama” included. The group just made the song ‘Confessor’ off the disc a free downloadfor fans to chec

At the show, Armstrong went into an expletive-filled tirade after noticing a clock that had counted down to one minute left in their set. At the time, the band was in the middle of their seventh song, ‘Basket Case,’ when Armstrong stopped mid-lyric to begin his rant over the time constraint.

After unleashing a verbal assault on officials seated near the clock, and claiming he wasn’t “Justin f—ing Bieber,” the singer proceeded to smash his guitar, flip off those he thought were responsible, and vow to the crowd that Green Day would return before thanking the audience for dealing with the situation.

The statement issued on the band’s official website reads:

Green Day’s Billie Joe Armstrong is seeking treatment for substance abuse. Green Day would like everyone to know that their set was not cut short by Clear Channel and to apologize to those they offended at the iHeartRadio Festival in Las Vegas. The band regretfully must postpone some of their upcoming promotional appearances.

The incident comes shortly after the band had to cancel a show in Italy after Armstrong was hospitalized for an undisclosed illness. Mike Dirnt would later reveal that the singer was suffering symptoms of “severe dehydration” and had been vomiting prior to the show cancellation.

The band’s new album, ‘¡Uno!,’ is due in stores this Tuesday (Sept. 25). The disc is currently streaming at the group’s Facebook page.