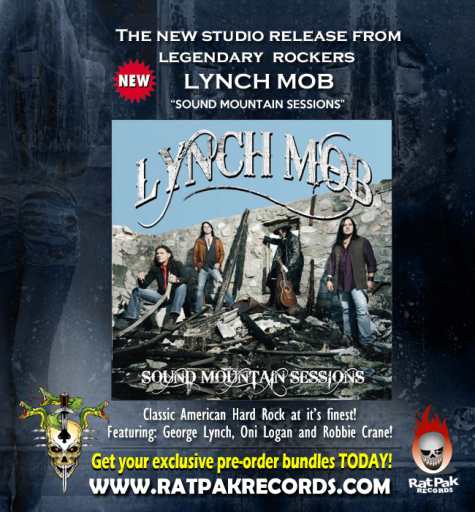 I love the debut album from LYNCH MOB, 1990’s WICKED SENSATION that featured killer tracks like Bed of Roses, River of Love, and the title track. Smoking hot hard rock that continues with this four song EP.

SLOW DRAG is the first single and in my opinion the weakest track on SOUND MOUNTAIN SESSIONS. I rarely spend my dockets on an EP because most of them are used just to fill in time between full album releases and contain reheated leftovers from previous studio sessions.

SOUND MOUNTAIN SESSIONS sure doesn’t have that look, feel, or sound. Every note is dripping with power, a kick-ass groove, and top notch musicianship.

Judge for yourself. Go grab your copy and CRANK IT TO 11!