GRINDING NEW FOZZY SONG AND THE DOORS: LIVE AT THE HOLLYWOOD BOWL ON STEROIDS!

According to the official press release for the new FOZZY album, Sin and Bones is Fozzy in their full metal glory, 10 tracks of the most powerful music North America has to offer, capturing the band’s powerhouse fusion of genres – power metal roots bleeding with progressive style and a classic feel. 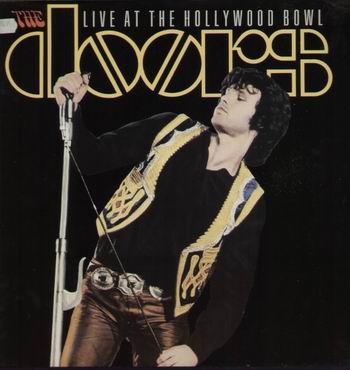 For the first time ever, fans of the Doors will be able to hear the entirety of their famous concert at the Hollywood Bowl on July 5, 1968. On Oct. 23, the band will release ‘Live at the Bowl ’68′ in both video (DVD, Blu-ray, digital) and audio (CD, LP, digital) formats.

Previous audio and video versions of this concert omitted several songs due to technical problems with the original multi-track masters. However, original engineer Bruce Botnick has used state-of-the-art technology to bring the audio to pristine condition. The video has also been restored from the original negatives and given a 16×9 high-definition video transfer.

The video also contains more than an hour’s worth of additional footage. The bonus material includes a history of the group up to that point, memories of the concert, an account of the restoration process and three television performances by the band.

“The Doors’ live performances were a shamanistic journey into dark rock and roll psychedelic theater — a swirling mixture of rock ‘n’ roll heat, poetry, danger, drama and unbridled musical virtuosity,” Doors manager Jeff Jampol declares. “Captured at the height of The Doors’ magical powers, in one of the world’s greatest venues, this brand new restoration, edit and mix, corny as it may sound, made me fall in love a hundred times, all over again.”