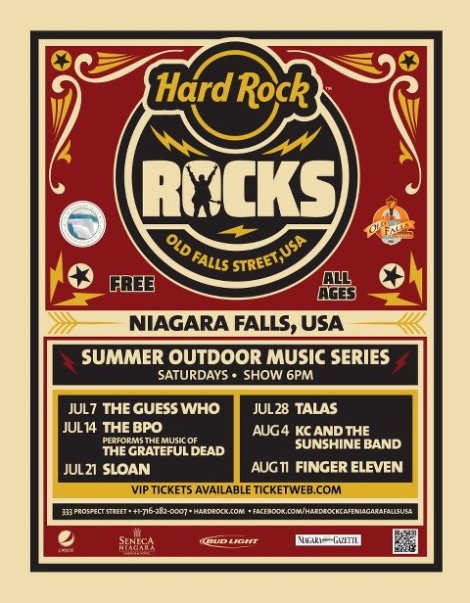 The original lineup of TALAS —
consisting of legendary bassist Billy
Sheehan, guitarist Dave Constantino
and drummer Paul Varga – will reunite
for a one-off performance on July 28 at the Hard Rock Cafe in Niagara Falls, New
York. The show is part of the 2012 Hard Rock “Rocks Old Falls Street, USA Summer
Outdoor Music Series”, which will feature a total of six shows starting July 7
and running each Saturday evening through August 11.

The free concerts are supported
with help from the city of Niagara Falls and private sponsors. Local radio stations 97 Rock and 103.3 The Edge will serve as broadcast partners for this
year’s series.

Kings of the Buffalo bar
circuit, TALAS slogged it out through
the ’70s and ’80s, hoping for the breakthrough that never quite came. When David Lee Roth left VAN HALEN, Sheehan immediately joined Roth‘s band, putting an effective end to TALAS.

Sheehan, Constantino and Varga were the first musicians to be inducted into the Buffalo Music Hall Of Fame, and Constantino and Varga have remained active in the Western New York music
scene. Sheehan is based in California,
where he performs with a variety of ensembles, including MR. BIG.