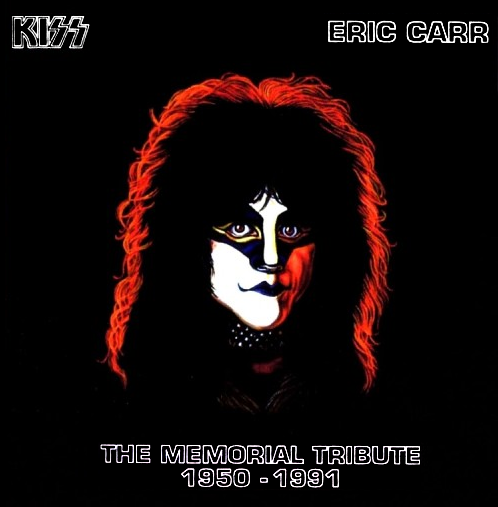 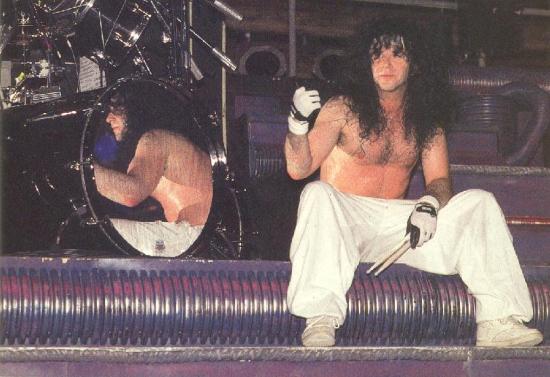 This Saturday past would have been Eric Carr’s 64th Birthday. Eric was born July 12, 1950 in Brooklyn, NY. Eric was responsible for the heavy John Bohnam inspired drumming on Kiss’ return to heavier rock with Creatures of the Night in 1982. Eric recorded eight Kiss albums including Smashes, Thrashes & Hits in 1988 where he re-recorded Beth for the soundtrack for the motion picture ‘Beautiful Girls.’ Eric was also responsible for his ‘in development’ cartoon characters, ‘the Rockheads,’ with whom he was creating with longtime Kiss associate, Adam Mitchell. Eric passed away November 21, 1991 at age 41 after a year long battle with cancer.

Legendary heavy metal vocalist Ronnie James Dio, best known for his work with BLACK SABBATH, RAINBOW and his own band DIO, would have celebrated his 72nd birthday four days ago  (Tuesday, July 10) had he not passed away of stomach cancer on May 16, 2010 at the age of 67.

Dio was renowned throughout the world as one of the greatest and most influential vocalists in heavy metal history. The singer, who was recording and touring with SABBATH offshoot HEAVEN & HELL prior to his illness, was diagnosed with stomach cancer in late 2009. He underwent chemotherapy and made what is now his final public appearance in April 2010 at the Revolver Golden Gods Awards in Los Angeles.

In March 2011, it was announced that the surviving members of the final lineup of DIO would embark on a project with former JUDAS PRIEST frontman Tim “Ripper” Owens under the name DIO DISCIPLES.

His wife and manager, Wendy Dio, still oversees all projects and releases related to the career and music of her late husband.

Dio recorded three studio albums and one live set with RAINBOW before exiting in 1978, including “Rising” and “Long Live Rock And Roll”.

He replaced Ozzy Osbourne in BLACK SABBATH in 1980, recording the “Heaven And Hell” and “Mob Rules” albums, plus “Live Evil”, before leaving in 1982. He rejoined the group 10 years later for an album called “Dehumanizer”, and again teamed with the group under the HEAVEN & HELL banner in 2006. HEAVEN & HELL released an album called “The Devil You Know” in 2009.

Dio was also behind the HEAR N’ AID project, a collection of metal artists who recorded the track “Stars” in 1985 to raise funds for African famine relief.

Rock and metal musicians around the world paid tribute to Dio in the weeks and months following his death. STONE SOUR and SLIPKNOT frontman Corey Taylor shared his feelings with The Pulse Of Radio about the fallen metal icon. “When I got that news that he had passed away, man, it seriously — it broke my heart. It broke it in two. Because honestly, I just feel like there will never be another Ronnie James Dio. He had such a pure voice — and still singing his ass off. I just know he’ll be missed, and I will miss him as well.”

Ex-VAN HALEN and current CHICKENFOOT bassist Michael Anthony also shared his memories of Dio with The Pulse Of Radio. “I don’t know anybody that didn’t grow up listening to his stuff,” he said. “You know, VAN HALEN, we used to do from the first RAINBOW album, we did ‘Man On The Silver Mountain’. I remember one time, the second VAN HALEN tour we were doing some festivals in Europe, and we actually played on the same show as Ronnie’s band. Real powerful voice, you know, and definitely a driving force in hard rock music, that guy was.”

Slash told The Pulse Of Radio that he felt the loss of Dio very keenly. “He’s just somebody I was influenced by,” he said. ” I played all the RAINBOW stuff, I played the DIO stuff, the SABBATH stuff when I was in, you know, high school. I don’t think that it’s really set in what a, you know, huge figure in rock ‘n’ roll we lost, you know. Really major. Probably one of the most influential heavy metal singers of all time.”

To celebrate Ronnie, here is the official video for my favorite DIO song: