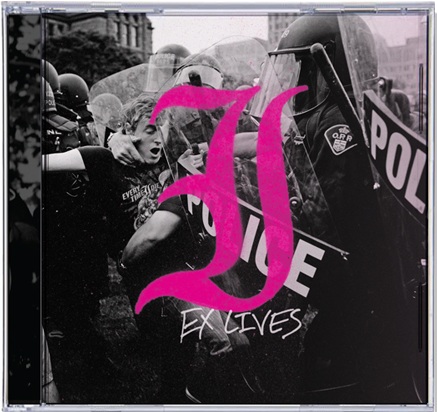 “I Suck (Blood)”, the controversial new video from revered purveyors of metallic mayhem EVERY TIME I DIE, can be seen below. The clip features obsessive stalking, voyeurism and plays provocatively with the notion of victimhood.

“I Suck (Blood)” comes off EVERY TIME I DIE‘s latest album, “Ex Lives”, which sold around 14,000 copies in the United States in its first week of release to debut at position No. 25 on The Billboard 200 chart.

EVERY TIME I DIE is currently on tour and will spend the summer adding their patented punk-infused metal to the annual Vans Warped Tour.