MORE VAN HALEN AND BLACK SABBATH DRAMA. ANYONE ELSE SICK OF THIS? 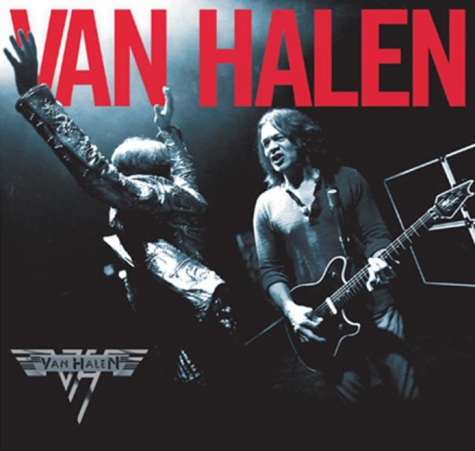 Why can’t these guys just get along? Egos galore seem to be at the heart of all of this cantankerous and immature behavior. One of the reasons I am such a fan of this style of music is because the best of the best nearly always are at their best when it’s about the music first and foremost. Most of the artists in hard rock and heavy metal are the most serious, hard working, and dedicated musicians where the integrity of the music is numero uno.

That is why the BLACK SABBATH debacle in particular is so disheartening to me. As far as I’m concerned, if Bill Ward isn’t involved in the new album or the shows they aren’t getting a penny of my hard earned dockets. Integrity of the band (being all original members) and the music FIRST!

The VAN HALEN situation is a bit different because they’ve delivered the goods for the past few months proving with the brand new album and tour that they are every bit as good as they ever were so they’ve earned some slack.

All in all, I just wish these guys would realize how much they mean to us and get off the ego driven bandwagon and stop living out their careers like an American reality TV show.

VAN HALEN singer David Lee Roth has released a videotaped message for the fans explaining the reasons for the postponement of 31 of the band’s concerts — starting from their July 7 show at Uncasville, Connecticut’s Mohegan Sun Arena through their September 25 concert at Milwaukee’s Bradley Center.
An unnamed insider close to the band told Rolling Stone that VAN HALEN‘s members “hate each other” and that “the band is arguing like mad. They are fighting.” The magazine questioned an industry source as to why the band is, seemingly, shelving such a large amount of dates, saying: “You want to know the absolute fuckin’ truth? I have no fuckin’ idea.” A source at the 10,000-seat Mohegan Sun Arena, where the band was scheduled to play on July 7, said: “It’s selling pretty good — I don’t know why they would say it’s being canceled.”

In the videotaped statement, which can be seen below, Roth says, “The band is getting along famously, better than we have in quite some time, and I think the shows reveal that through the miracle of YouTube. I think we’re one of the few bands who relishes you bringing whatever camera — if you can carry it in and pull the trigger on it yourself, then please do. And through the eye of YouTube, you can see that we’re having ourselves a hell of a time, and I think that translates into the music. As usual, we’ve bit off way more than we could chew when it came to scheduling. The band is winning but our schedule has been sidelined for unnecessary roughness. If we continue past July 4 and all the way into Australia and Japan, then we’re asking for the robot-zombie tour when you start getting a lot of ‘yes’ questions. [Adopts robotic voice] ‘Do you feel alright’ ‘Yes.’ ‘Are you having a good time?’ ‘Ahh…’ You don’t wanna get to that point. And we’re nowhere near that point. But we’re gonna take a break and we’re gonna come all the way back around, because this tour is gonna take us about two years. And we’re the guys who brought you KOOL & THE GANG as the ultimate and arguably left-handed top bill co-headline tour — they just went on first every night — and we have in mind a supersize monster truck rally VAN HALEN tractor pull sort of event, and we’re gonna be bringing that back around for the United States as soon as we learn to speak Australian. So stay tuned and we’ll see you down the road in just a little bit.”

A major selling point of VAN HALEN and David Lee Roth reuniting was that all of the squabbles and musical differences that tore the band apart in the mid-’80s had been resolved — a point that Roth and Van Halen have always been quick to drive home to the public. “We really have reformed this team like a brother team that it never was before,” Roth said, according to The Pulse Of Radio. “I think you hear that in my voice here, and we think we got it right this time. You come and judge the performance harshly. Please, I beg you, come on down and see.” Added Eddie

Van Halen: “None of us want to give you less than our best and we are at our best.”

VAN HALEN‘s new album, “A Different Kind Of Truth”, has sold 377,000 copies in the United States since its February 7 release, according to Nielsen SoundScan. 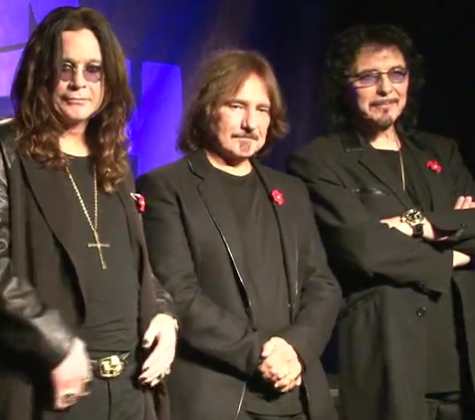 “At the request of [original BLACK SABBATH drummer] Bill Ward, through his attorney, so as to not give the public the wrong impression about his involvement in the current BLACK SABBATH lineup, we have temporarily removed Bill Ward‘s images from the main pages of the BlackSabbath.com official website. In accordance with Bill Ward‘s attorney’s request, we are doing so for the duration of the forthcoming shows.”
BLACK SABBATH played a hometown concert in Birmingham, England earlier tonight (Saturday, May 19) as a warm-up show for the band’s appearance at the Download festival at Donington next month. Tommy Clufetos, a member of Ozzy‘s solo band, is filling in for original SABBATH drummer Bill Ward, who is sitting out the group’s reunion shows due to a contractual dispute with his bandmates.

A furor erupted online in 2007 after photos of Michael Anthony at the official VAN HALEN web site were either removed or replaced by an image of guitarist Eddie Van Halen‘s son Wolfgang, who played bass on the group’s recent album and tour. The photos were restored less than two days later.