Bassist/vocalist Troy Sanders of Atlanta progressive metallers MASTODON has confirmed that the band will team up with Sweden’s OPETH and GHOST for a North American tour in April (as first reported by BLABBERMOUTH.NET on January 14). Sanders gave out the information during an interview Thursday, January 19 at the studios of the Belgian national radio station Studio Brussel, where he was accompanied by his bandmate, guitarist Bill Kelliher.

When asked about MASTODON‘s plans for the immediate future, Sanders said, “We go to Australia take part in the Soundwave Festival, which is going to be lovely… Take a short break. Do a North American tour with OPETH and GHOST. And then take another break and come back over here for the European festival season.”

You can listen to the entire interview at StuBru.be. Some of the studio footage can be seen below.

MASTODON is among the nominees for the 54th annual Grammy Awards, which will be held on Sunday, February 12, 2012 at Staples Center in Los Angeles. The band’s Grammy nomination is for “Curl Of The Burl”, the first single from MASTODON‘s new album, “The Hunter”.

MASTODON received its first Grammy nomination in 2006 for the single “Colony Of Birchmen”, from the band’s Reprise Records debut album, “Blood Mountain”. 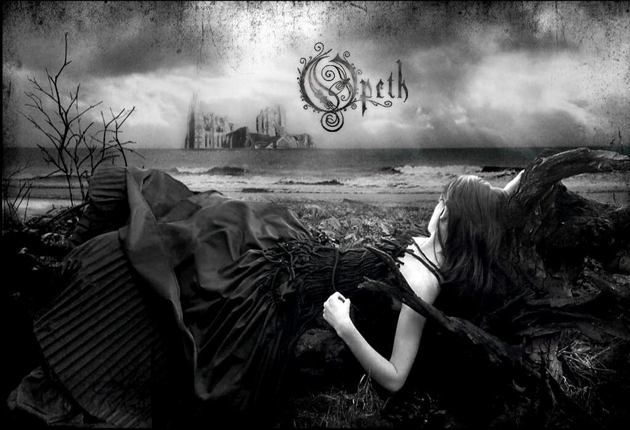 “Watershed” was the follow-up to the band’s acclaimed “Ghost Reveries” CD, which debuted at No. 64 on the Billboard chart back in September 2005 with first-week sales of just under 15,000.

Ghost is a melodic heavy metal band formed in Linköping, Sweden in 2008. In 2010 they released a 3-track demo, followed by the single “Elizabeth”, and eventually their debut full length album Opus Eponymous. The album has received mostly positive reviews, and has since increased their popularity significantly.

Ghost are easily recognizable due to their eccentric on-stage presence (five of the group’s six members wear dark hooded robes, while the vocalist appears in a skull mask and a cardinal outfit), heavily satanic-based lyrics, and highly secretive nature of their identities, with the members being referred to as “Nameless Ghouls”. Musically, the band is often compared to groups such as Black Sabbath, Blue Öyster Cult, Mercyful Fate, and Witchfinder General.

On June 11, 2011, the band played at the annual Download Festival in the United Kingdom on the Pepsi Max Stage. Following their performance, Phil Anselmo, lead singer of the band Down, performed wearing a Ghost t-shirt and invited three of Ghost’s members to join him on the main stage. Down closed their set with both guitars and drums being played by members of Ghost. Phil changed the song title “Bury Me in Smoke” to “Bury Me in Ghost”, prior to Ghost taking the stage.

Ghost recently took part in the Defenders of The Faith III tour with Trivium, In Flames and Rise to Remain for a string of UK and Europe dates. Starting January 18, 2012 in New York, the band will embark on their first ever US tour. A Nameless Ghoul revealed on the band’s website that they are currently recording new songs.