Normally I would do what everyone else does, a Top Ten List. But 2011’s slate of releases was so filled with great hard rock and heavy metal that I couldn’t stop at Ten Best. In honor of the mighty MEGADETH and Mr. Mustaine’s 2011 thrash classic release THIRTEEN, I have made this year’s list a Top Thirteen that I will be counting down to in two volumes.

I am very excited to share with you some new bands, a lot of returning bands, a couple “supergroups”, and THE BEST of the hard rock and heavy metal I heard in 2011. 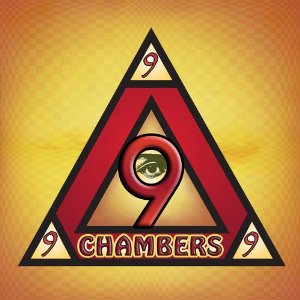 Put your metal to the pedal beginning with the first lick of the first track , Life Moves On to the closing track Darker Side of Sunshine and don’t let up because 9 CHAMBERS doesn’t.

Stoner rock legend guitarist Ed Mundell (MONSTER MAGNET), metal drum master Vinny Appice (DIO, HEAVEN AND HELL, BLACK SABBATH), bassist Jorgen Carlsson (GOV’T MULE), and Greg Hampton (ALICE COOPER and LITA FORD) form a formidable wall of sound. A hard-edged sound with just a twinge of psychedelia and a whole lotta attitude. No Auto-Tune, no outside songwriters, no B.S. – just the sound of a band rocking out in a live setting, and letting the chips fall where they may.

Start this disc about halfway through any party and people will be asking you who it is and where can they get a copy! 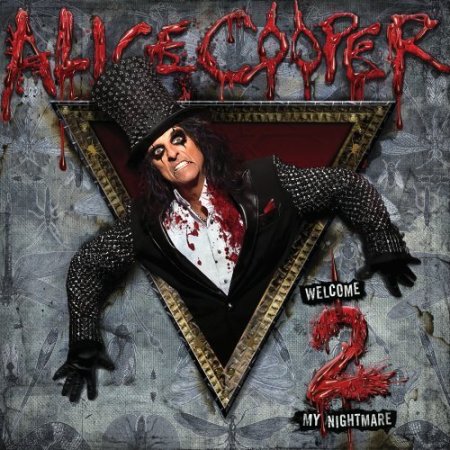 The original shock rocker and a severely underrated influence on popular music, ALICE COOPER, the solo artist (1975-2011) and ALICE COOPER, the band(1968-1975 and 2011) return with a sequel to the solo artist’s, 1975 opus WELCOME TO MY NIGHTMARE. The original album was a higher (I don’t think we could call it high) concept album that was his first solo album (all previous Alice Cooper releases were band efforts).  Rolling Stone  ranked the original as one of the “Top 100 Album Covers Of All Time”.

The songs, heard in sequence, form a journey through the nightmares of a child named Steven.

The idea for the album came about soon after the thirtieth anniversary of the original Welcome to My Nightmare album, while Cooper was talking with producer Bob Ezrin, who proposed the idea of a sequel to Welcome to My Nightmare. Cooper liked the idea, and decided to recruit previous members of the Alice Cooper band. The concept of the album was described by Cooper as “another nightmare, and this one is even worse than the last one.”[1] Cooper said that he had originally intended to make a sequel to his album Along Came a Spider, but decided to make the Nightmare sequel after Ezrin explained that he “wasn’t really into it.”

A diverse, entertaining, album with rockers, ballads, even a little tongue in cheek disco and swing that feels refreshingly fun in a world that rarely shows it’s sense of humor, even if it is a dark and sometimes disturbing humor.

Alice still has it. 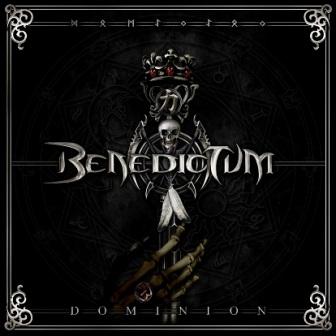 – When the stunning Veronica sings she sounds like a metal version of Grace Slick. When she growls she sounds powerful and when she combines singing and growling she is one of the most impressive metal vocalists on the planet. Her performance alone would be enough to merit consideration for my Best of 2011 but the band she fronts is also mighty impressive.

Impressive enough to be one of my favorite albums of 2011 and to include MY METAL SONG OF THE YEAR.

This is BENEDICTUM’S third album and from top to bottom its strong metal with strong musicians and good to great songs. I’ve listened to this album from beginning to end several times and it just keeps getting better.

Title track Dominion and  MY METAL SONG OF THE YEAR  are the standouts but there are several contenders here.You WILL be headbangin when you hear this!

BENEDICTUM has become one of my favorite new bands. I think they have a shot to be one of yours too.

10. MOTORHEAD – THE WORLD IS YOURS 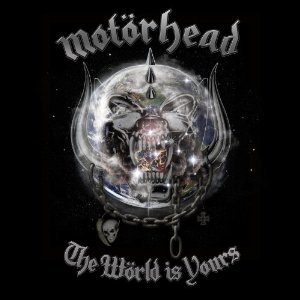 Born to Lose is a great kick off to the latest MOTORHEAD album and if Lemmy and the boys are Born to Lose they forgot about that when they made this record. The have another winner here.

MOTORHEAD’S previous effort, the excellent KISS OF DEATH, has enjoyed a prominent place in my music rotation for a couple of years now and THE WORLD IS YOURS has joined the crew.

The opening track, and one of my favorite MOTORHEAD tunes of the past decade, Born to Lose, has a chugging riff and Mickey Dee’s bass drum kicks are spot on killer. Born to Lose is hi-test and has enough changes to make it the most interesting and certainly one of the best tracks from the guys on this disc, maybe of the past decade. Other THE WORLD IS YOURS faves are the dark and brooding Brotherhood of Man, the classic MOTORHEAD rebellion track Outlaw, and the straight ahead speed metal prototype I Know What You Need.

There isn’t a dud on the album and it ends with a pure Lemmy moment: Bye Bye Bitch Bye Bye.

Carrying the torch for rock and roll since he roadied for Jimi Hendrix, Mr. Kilmeister is the broken mold personified even at a very well aged 65. THE WORLD IS YOURS reflects the person that is Lemmy now. 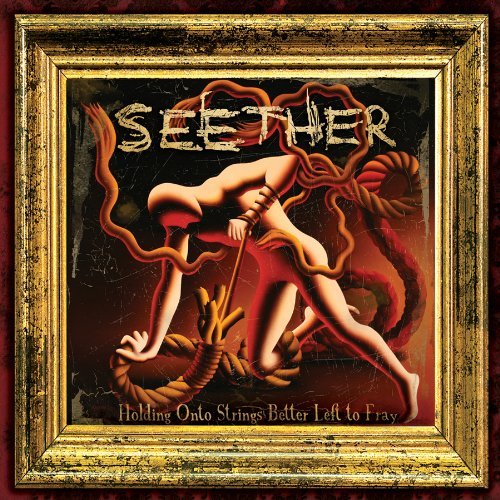 I am a relative newcomer to the SEETHER bandwagon having only discovered these guys last year thanks to my brother in metal and real life brother Jerry. He’s been a fan since he discovered their 2005 release, Karma and Effect and a song he loves Remedy. Turns out I was a fan of that song but just didn’t pay a heck of a lot of attention to Seether back then. Remedy and Broken were the only songs I was familiar with until Brother Jerry gave me a copy of Finding Beauty in Negative Spaces to listen to.

I LOVE FINDING BEAUTY IN NEGATIVE SPACES and have become a big fan of SEETHER. Such a fan that I bought HOLDING ONTO STRINGS BETTER LEFT TO FRAY without hearing one note from it. I NEVER do that.

I was not disappointed. In my opinion SEETHER is the preeminent alternative/metal band on the planet right now and maybe have been since 2005. I’ll be investigating the back catalog now.

Add this trio’s work to your must listen to list of 2012. 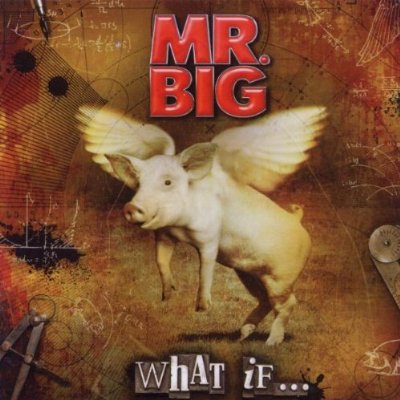 This is one I didn’t see coming.

I have been a fan of MR. BIG since their second album back in 1991 and became an even bigger fan after watching them open for the mighty SCORPIONS later that year. These guys sound better than ever and that’s saying a lot. MR. BIG has always been one of the most talented fousomes in hard rock and it all comes together on WHAT IF… One of the most soulful and fluid hard rock vocalists, Eric Martin, belts it out like it was still 1990 and guitarist extraordinaire Paul Gilbert is playing better than he did twenty years ago. Mr. Gilbert lays down some seriously dirty rhythms and intense, precise leads.

Billy Sheehan has always been one of the most acrobatic and sterling bass players on the planet and he really picks, plucks, and grooves here. Billy’s mate in laying down the groove, drummer Pat Torpey seems to have improved his chops too.

It all adds up to one mighty impressive slab of hard rock.

Standout hard rockin’ tracks: I Won’t Get In My Way, American Beauty, and Once Upon a Time.

Mr. Big has made quite a career for themselves over in Japan where they still sell out arenas and collect platinum albums. Here’s hoping this new work gets them some of the American recognition that has eluded them over the past two decades. It’s well deserved recognition. Way to go gentlemen.

Tune to http://heavymetalmessenger.com tomorrow for the TOP seven!