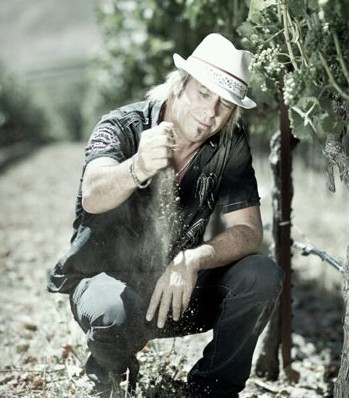 Legendary Rock Interviews recently conducted an interview with RATT drummer Bobby Blotzer. A couple of excerpts from the chat follow below.

Legendary Rock Interviews: You’re still promoting your autobiography, “Tales Of A Ratt”. I know some of your bandmates have taken swipes at you in the press about it, including [former RATT members] Juan [Croucier, bass] and Jizzy [Pearl, vocals]. I’ve just started reading it but it looks pretty straightforward actually. Normal kid from Pennsylvania trying to make his way through rock stardom….

Blotzer: It’s been a really revealing and expressive thing for me to do this. It’s been out over a year and it’s still selling well on Amazon and on my web site and I have heard nothing but great things about it. Fans are overwhelmingly giving me positive vibes about it. I’ve poured my heart and soul into this and all of these stories of my 52 years on this planet. I wanted to share all of these crazy stories, all of my friends that talk to me wanted me to share them. I’ll have friends out on my boat or on a ski trip and just be bullshitting and talking and they’ve always been like, “Blotz, you need to put that stuff out in book form, you need to do it.” So I did. It really means a lot to me that people actually take the time to read it. It’s my book, it’s all done in my words. My co-author really helped with things like timing and context and color. Stephen Pearcy [RATT singer] was just on [VH1 Classic‘s] “That Metal Show” and said it was a work of fiction. It’s not. It’s all me. Why would I bluff my own story? How can it be when it’s about my life? Don’t you think I KNOW my life? (laughs). I’d just like to know how that’s even possible. How do you sham or flimflam your own life experiences? Juan told you [in a previous interview] that he’s not interested in reading it and that’s because he’s scared to read the truth. He already knows the truth. Jizzy is someone who is very intelligent and very well spoken and I have a lot of respect for. I enjoyed working with him. He is also the biggest conspiracy theorist on earth. He is a conspiracy theorist across the board UNLESS it involves himself. He is the only person on the planet who’s doing the right thing. That’s not a knock on Jizzy, it’s just the truth. As far as Jizzy saying in your interview that most rock and roll books are B.S. and in need of spellcheck, maybe he’s referring to his own books. He’s sure as hell not speaking of mine. You know what’s funny about all this is that I was absolutely dead set on not writing anything just to be sensational or anything that would embarrass anybody’s children, wives or ex-wives. I really handled stuff that was UNAVOIDABLE to talk about and it’s not even stuff that hasn’t already been spoken about in venues such as “Behind The Music”. I had to talk about those things and I had to talk about them in more detail. How stupid would I be to not talk about them? You take a poll of anyone who’s finished that book and ask them what they think. Everyone has been overwhelmingly positive.

Legendary Rock Interviews: Maybe it’s just the fact that you were the first RATT to come out with a book and give your take on things?

Blotzer: I don’t know. I will tell you I knew when to pull back the reins and what NOT to say so I am pretty surprised that some of the people I’ve played music with are saying these things. Stephen said that on “That Metal Show” and I called him on it. I said, “Stephen, what you said isn’t true. Have you even read it?” And he said, “No, but people have told me this and that.” I said, “Let me tell you something, Stephen, there’s no fiction in there. It’s all true, and believe me when I say I actually held BACK on some things.” Go get it on Kindle for ten bucks and see for yourself, man. (laughs). Fans and people I talk to have told me they love it and it’s the best autobiography they’ve ever read, including MÖTLEY CRÜE‘s or Ozzy‘s [Osbourne]. I’m not saying that to be cocky; it’s just that it is a FUN book. It’s not all misery and excess there’s a lot of good times and fun in my book. There are ups and downs, sure, there are the sad parts and peaks and valleys in anyone’s life story, but by and large it is a fun book.

Legendary Rock Interviews: How much of a distraction is it to the business of RATT when Stephen‘s off doing solo albums and tours and Warren‘s [DeMartini, guitar] off doing his thing?

Blotzer: It’s a JOKE to me the way that these guys handle business. We should have been working this past summer, out there touring or getting ready for the next record. Those two guys took it upon themselves to basically refuse to work or tour, and then, incidentally, when Stephen finally gave in and decides, “Okay, whatever, let’s get out there and tour,” suddenly Warren decides he’s not going to tour, I guess, to teach Stephen a lesson. In my opinion, it’s all just really bad business and really petty. I don’t think coming off a really great record like “Infestation” that this was the right move for the band to be making. We did a record that was a true return to form, we had two Grammy considerations, Top Five album in Japan and Canada, Top 30 in the States. We should be STEAMROLLING right now. And as far as Stephen doing a solo album, that is something I do not understand. Stephen is a part of RATT and our label, Roadrunner, picked up our option for the next album, I don’t think Stephen or anyone is able to release ANYTHING. He shouldn’t be putting anything out unless it’s a RATT record.

Legendary Rock Interviews: Sometimes I’ve heard some of his solo projects and thought to myself, “Why not release that as RATT?”

Blotzer: That’s just it, though. He’s put out these records and I don’t think ANY of it compares to RATT. I don’t think I’ve heard anything on his albums over all these years that I would at all consider RATT. Granted, I haven’t heard every song or even every record he’s done, but what I have heard of Stephen without us has always been like, “OK, whatever, I’m not too concerned about that.” You know? That goes for a lot of bands’ solo projects. It’s only RATT when you take us and get us all together with each other’s material. Then it becomes RATT music. You will not hear songs like we’ve had on RATT records on anybody else’s solo material.

Legendary Rock Interviews: So how are things between you and Warren at this point?

Blotzer: I’d say “lukewarm.” That’s a good term. I talked to him for the first time in about a year. I mean, it WAS a good conversation, but honestly I would characterize it as lukewarm. Stephen and I talk frequently and that is what it is; we’re not at all on non-speaking terms. I ran into Juan Croucier, actually, about a month ago and had a good ten-minute talk with him which was… interesting. I’ve actually got the Juan interview with you guys right here in front of me as I’m talking to you, someone sent it to me. Typical bullshit from him.

Legendary heavy metal singer Ozzy Osbourne was a guest on today’s (Tuesday, October 25) edition of the CBS program “The Talk”, which is co-hosted by Osbourne‘s wife/manager Sharon. He discussed his new book, “Trust Me, I’m Dr. Ozzy: Advice From Rock’s Ultimate Survivor”, and “God Bless Ozzy Osbourne”, the feature-length documentary that Ozzy‘s son, Jack Osbourne, co-produced. The entire episode can now be viewed at CBS.com. A couple of clips from the show are available below.

Although Ozzy said at the start that his medical advice column was not meant to be taken seriously, he said on the October 13 edition of NBC-TV‘s “Today” show that he now thinks he’s the perfect person to dispense health tips to people. Speaking with interviewer Jenna Hager, Ozzy said, “It started as a joke at first. I survived the rock ‘n’ roll lifestyle and the drinking and the drugs and I learned to tell the tale. People along the way would say what’s this pill? What’s that pill? Is this any good for that? And I’d go, ‘Well, I’ve sampled quite a variety and so I think I thought it would be funny to do a spoof on that.'”

Now, however, Ozzy is not joking about some of the advice he doles out, especially to young men, whom he says should seek out medical attention the minute they see a strange lump or rash. Ozzy said, “Go see your doctor, that’s what they’re there for.”

Ozzy said that his own paranoia about health made him convince his wife Sharon to visit a doctor when she was not feeling well. She ended up being diagnosed with colon cancer and getting successfully treated for it.

Ozzy appeared on the “Today” show to promote his new book, “Trust Me, I’m Dr. Ozzy”, which compiles the best advice from the column.

The BLACK SABBATH singer — who is in the early stages of reuniting with the group for a new album and tour — said he’s sober but “still crazy” nowadays, adding that sobriety allowed him to finally get his driver’s license and buy his own car, a Ferrari.