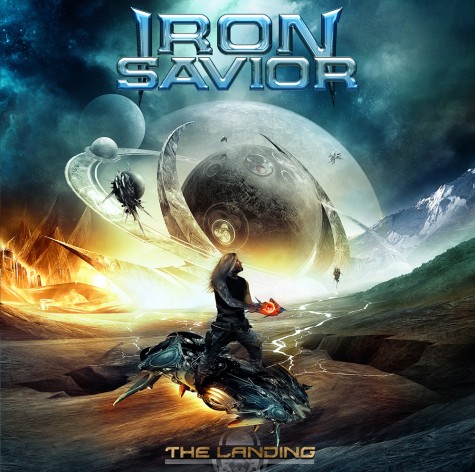 “The Savior”, the new video from German metallers IRON SAVIOR — who feature in their ranks guitarist/vocalist/producer Piet Sielck

(URIAH HEEP, BLIND GUARDIAN, SAXON) — can be seen below. The song comes off the band’s new album, “The Landing”, which will be released on November 18 via AFM Records.

The track listing for the CD is as follows:

The song “Heavy Metal Never Dies” can be streamed using the SoundCloud player below.