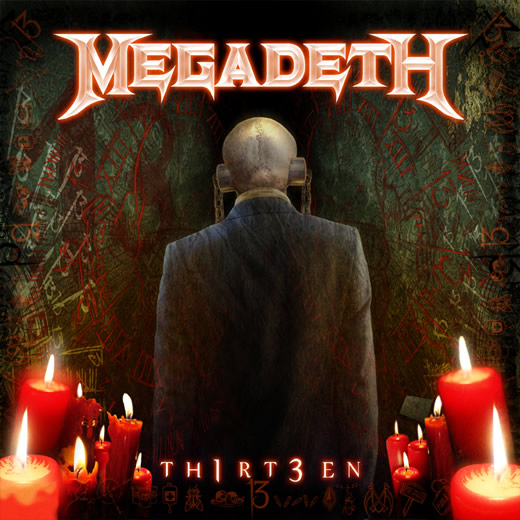 In a brand new interview with Metal Obsession, MEGADETH drummer Shawn Drover stated about Mustaine‘s post-surgery recovery process, “He’s recovered really well. Everything went really well and the surgery was a complete success. You know, he just needs time to heal. It takes time to heal. He needs to rest up before our South American tour in November. He really needed to have it done. He was in a lot of pain for the last several shows that we did during the [Rockstar Energy Drink] Mayhem tour and at the [‘Big Four’ show at the] Yankee Stadium [in New York City] as well. It sucks seeing him in pain, but he’s a real trooper. As soon as we were done with Yankee Stadium, we flew right back home and ran him to
the doctor and got the results. Now we’re really happy that he did that.”

Two days prior to the “Big Four” event in New York City on September 14, rumors spread that MEGADETH had pulled out of the concert so that Mustaine could undergo surgery. Mustaine eventually had a change of heart and decided to go through with the performance, but struggled
through the set due to the pain. He told Rolling Stone before the show, “I thought about it and I thought, ‘You know what? I trust God and I know He’s got me in His hands. I know that He hasn’t brought me this far through all this adversity and done all this reconciliation with all the [other] bands [the bill] and us all getting along this well to have the finale show [of the ‘Big Four’ tour] here in the States stopped. And I just thought, either God’s everything or it’s nothing, and I believe in Him, so that’s why [I wanted to go ahead with the concert].”

Regarding the nature of his injury, Mustaine said, “It’s [caused by] years of headbanging — just doing this [moving head up and down] over the years. I have what’s called stenosis — three herniated discs and bone spurs everywhere. It’s just a lot of wear and tear over my body over the years touring.”

He continued, “We’ve had to push our Dubai date back to December and we may end up having to push our South American tour back, too, because they say the healing time is somewhere around two months. And even I [undergo the neck surgery] in the next three days, I’m not gonna be able to be
fully recovered within that two-month period unless I work my butt off. I mean,  I know I how I am — I got my hand back after I got injured the first time. The funny thing is it’s the same hand and almost the same thing. It’s just that it happened once before, went away and now it’s back.”