Main Man Records has issued the following statement in response to the press reports that Joan Jett and her former RUNAWAYS bandmate Cherie Currie have filed a lawsuit to try to stop the June 28 release of the RUNAWAYS tribute album “Take It Or Leave It: A Tribute To The Queens Of Noise”
“Thirty six bands have donated their recordings of songs to this project, partly in tribute to a band that has influenced and entertained them all, but also with the hope of raising funds for cancer research. The American Institute for Cancer Research are in full support of our efforts and Main Man Records will be donating our net proceeds in memory of Sandy West who lost her battle with the disease in 2006.
“There are more than one hundred artists in total involved in this tribute; a project that was made with the best of intentions. “As with Main Man Records‘ previous tribute releases, the writers of all the songs will be paid as the publishing has been appropriately secured. “It is true that several people at Main Man have worked for, performed with and counted as friends, members of THE RUNAWAYS, which only added to our dedication to the integrity of this tribute.
“Our presentation of the project has not focused on anyone in particular, but the excellence of the band as a whole. “We find it terribly sad that a great, charitable record of rock songs honoring five legends could be deemed possibly sullying anyone’s image, and hope that the record will be received by music fans in the spirit in which it was intended. “
Main Man Records has not been contacted, served with a complaint or any legal papers and are not in a position to address these claims, but we will vigorously defend ourselves in this matter.”
Jett and Currie claim in the lawsuit that the Main Man Records label used their names to promote the album without their permission and that a Main Man employee who once worked at Jett‘s record label used that connection to imply the project had her blessing. The duo’s lawyer, Oren J. Warshavsky, tells The Associated Press, “This isn’t about money. This is strictly about preserving reputation and quality that both Joan and Cherieare known for.”

“Take It Or Leave It: A Tribute To The Original Queens of Noise: The Runaways” features 36 tracks and over two hours of music which spans the entire RUNAWAYS catalog. Their best-known songs like “Cherry Bomb”, “Queens of Noise” and “California Paradise” are all represented as well as obscure fan favorites like “Dead End Justice”, “Born To Be Bad” and “Yesterday’s Kids”.

“Take It Or Leave It: A Tribute To The Original Queens of Noise, The Runaways” track listing:

On the band’s future plans:

Tipton: “We don’t plan on retiring. We’ve said that this is our last world tour. It takes a chunk out of your life — 18 months. We won’t be doing any more world tours as such and in many parts of the world, it will be the last time people will get a chance to see us. But we’re not gonna stop. We’ve got an album in the can now, we will start to write with Richie, there will be more albums, and who knows?! There might be a string of dates that we can manage to do. We’re just not gonna do another major world tour. We’ve been doing it for 40 years and it’s time to let the younger bands have the  chance.”

On replacing JUDAS PRIEST‘s founding guitarist Kenneth “K.K.” Downing, who announced his departure from the band in April:

Faulkner: “In reference to filling K.K.‘s shoes, they’re big shoes to fill. He’s an influence on my playing, I’m a great fan of him and the band and the [guitar playing in PRIEST] in general. I’m not taking anything away from anything he’d ever done. So I know what I’ve gotta do as a fan and as now a member of the band. I knew some of [the songs] already — obviously as a fan, I knew some PRIEST songs; I learned them growing up — and there were some which I didn’t know; some of the stuff that’s on some of the earlier records that we’re doing as part of the set I had to learn. So I knew
some and I got to learn some new ones as well, so it was a great experience, really.”

On how JUDAS PRIEST chose the setlist for its farewell tour:

Tipton: “We’re playing at least one song off every album. Obviously it’s the farewell world tour, so we’ve really gotta put a lot of the old favorites in there. We got a lot of feedback from our web page, we requested what people really wanted to hear, so we put a set together based on that. Plus
we’re playing at least one song from every album and we’re doing stuff that we haven’t played before, such as ‘Never Satisfied’, ‘Blood Red  Skies’ and ‘Starbreaker’. I think we didn’t play that for many years. So there’s a real mixed bag. Our mission, really, was to play at least song off each album each year and we tried to pick the songs that everybody wanted to hear. Obviously they’ll always want ‘Painkiller’, they’ll always want ‘Hell bent For Leather’. We’ve got so many songs, it’s really difficult to choose, and somebody is always disappointed. [But] I think we’ve covered most of them.”

Rob Halford: “I don’t think any of us will really know. You probably read what he put on his web site about saying that he just felt that if he was to stand on the stage not for the right reasons, then that was the wrong thing to do. And that’s a really sincere thing to say. When you walk out on stage in front of those thousands and thousands of fans, you want to be there, you want to be able to play. None of us really understand the true reasons [for him leaving], ’cause we’ve all got different theories. I think what we would really love everybody to focus upon now is that this is a great time to  celebrate for JUDAS PRIEST, ’cause it is a farewell. We don’t want people to be depressed and sad, we want people to rock out and have a great time and enjoy seeing this amazing guitar player, Richie, with us in the band and just live the metal.”

JUDAS PRIEST‘s setlist for the Sweden Rock Festival was as follows:

21. You’ve Got Another Thing Comin’

JUDAS PRIEST will launch the U.S. leg of its farewell world tour on October 12 in San Antonio and the band promises that it will go out with a bang. Halford said, “We’re pulling out all the stops. We’ve built a brand new stage set, we’ve got all the effects that people love us for — the lasers, the fire, the bombs, the smoke, new costumes, and the bike. It’s just a full-on metal extravaganza.” 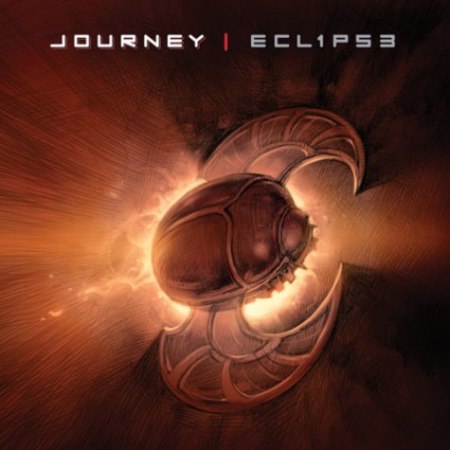 “Eclipse” was released in the U.S. and Canada on May 24 exclusively at Walmart and June 3 in Europe on Frontiers Records. The CD was made available on Scarecrow Records in Mexico, WET Music in Brazil and D.B.N. in the rest of Latin America. The 12 tracks were written over the past 18 months by the core team of guitarist Neal Schon and keyboard player Jonathan Cain, with collaboration from singer Arnel Pineda.

“I’m in love with this record, which I haven’t said about one of our albums for a long time,” says founding member and lead guitarist, Neal Schon. “It’s a rock record and it sounds amazing.” Commenting on the upcoming tour, Schon continues, “We’ve got a lot of hits to play and there’s plenty of time to do some new stuff too, so we’re gonna mix it up. We haven’t toured with FOREIGNER for over 10 years, so we’re really looking forward to this run.”

In a recent interview with Boomerocity.com, keyboardist Jonathan Cain stated about “Eclipse”, “It’s very guitar-driven. This album has very little of me, keyboard-wise. Neal wanted to do a heavier rock album. So, this is kind of his baby. I wrote the lyrics on the thing and lots of the melodies that sit above the guitars. So, then I had to find some place to play in the nooks and crannies.”

He continued, “It’s a very hard-hitting record that has some conscience to it. It’s about lots of things — spirituality, sexuality. There’s a song called  ‘Tantra’ on it about tantric circles. I was fascinated with all of that. It’s definitely a departure from what we’ve done before. It’s more like a concept record. I think Arnel shines. He sounds great. It’s probably one of Neal‘s best guitar albums. I think he’s on a mission on this album — to play, and he did.”

To follow the release of “Eclipse”, JOURNEY will launch the “Eclipse Tour” with FOREIGNER, and special guest NIGHT RANGER, eginning July 21 at Rio Tinto Stadium in Salt Lake City, Utah. Fans can expect to hear new songs from “Eclipse” as well as classics such as “Don’t Stop Believin'”, “Any Way You Want It”, “Faithfully”, “Lights”, “Separate Ways”, “Wheel In The Sky”, and many more.

JOURNEY will perform “Don’t Stop Believin'” on the “Today” show when the band appears on July 29 as part of this year’s Toyota Concert Series.