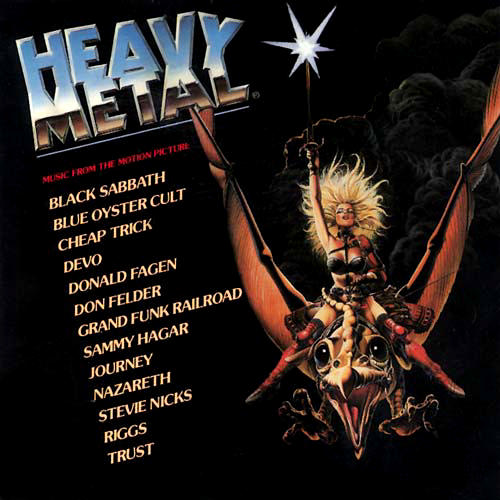 Heavy Metal magazine announced today, the one-year anniversary of the death of Ronnie James Dio, that it will release the official soundtrack to its first web comic Gates later this summer and all net proceeds will benefit the Ronnie James Dio “Stand Up And Shout Cancer Fund”.

Ronnie James Dio appeared on the 1981 soundtrack for the “Heavy Metal” film while a member of BLACK SABBATH.

Heavy Metal Presents: Gates has worked with a handful of artists to create a new soundtrack for the comic, the first from Heavy Metal in over ten years. Readers of the web comic can stream music produced specifically for the comic while on the site. The latest song, “Is This Over Now?” by hard rock band INSIDE THE BLACK, was posted on the comic’s site today and is available to be streamed at gates.heavymetal.com.

The creator of Gates, Hal Hefner, adds, “The 1981 soundtrack, and the music of Ronnie James Dio in particular, had a significant impact on me as a young artist, and I am happy to not only be a part of paying tribute to Dio, but to contribute donations to his cancer fund. Ronnie and I are from the same area in New York and I also lost my dad to cancer, so this is
very personal for me in many ways.”

Additionally, Hal Hefner and Heavy Metal are conducting a search for up and coming artists to have a song included on the soundtrack. Artists can submit their songs at this location. Submissions from a variety of genres is encouraged and will be
accepted until June 10, 2011.