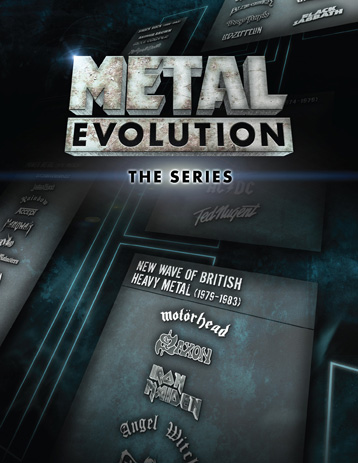 QUEENSRŸCHE singer Geoff Tate will be interviewed on Tuesday, May 17 at Pondera winery in Woodinville, Washington by Banger Films for the forthcoming TV series “Metal Evolution: The Series”. The 11-episode series will begin
broadcasting on November 11, 2011 in the U.S. on VH1 Classic and in Canada on MuchMoreMusic. Other musicians that are known to have been interviewed for the series include Mike Portnoy (ex-DREAM THEATER, AVENGED SEVENFOLD), Al Atkins (HOLY RAGE, ex-JUDAS PRIEST) and Timo Tolkki (SYMFONIA, ex-STRATOVARIUS).

“Metal Evolution” is a new series on the history of heavy metal directed and produced by Scot McFadyen and Sam Dunn, the filmmakers behind the award-winning documentaries “Metal: A Headbanger’s Journey”, “Global Metal” and “Iron Maiden: Flight 666”. The series features the much-debated metal history “family tree” originally shown in “Headbanger’s Journey”. From shock rock to thrash, from black metal to grunge, this 24-sub-genre genealogical chart — the first of its kind — reveals the vast complex progeny of heavy metal, and serves as the narrative backbone of the series. Using the chart as his road map, our host, metalhead-turned-anthropologist Sam Dunn, will criss-cross the globe, to the northern tip of Norway, the jungles of Brazil, the grim beauty of Birmingham and the pock-marked streets of Detroit, visiting the bars, back alleys, and
ballrooms, and even the basement shrines of superfans, to get to the very essence of metal.

“Our goal is to make it the biggest series ever done on the history of this music,” Dunn said. 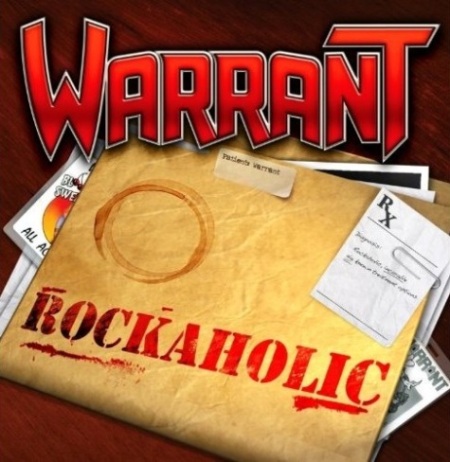 WARRANT/ex-LYNCH MOB singer Robert Mason was recently interviewed on the “Pedal To The Metal” radio show on WBIM 91.5 FM in Bridgewater, Massachusetts. You can now listen to the chat in three parts below.

WARRANT‘s new album, “Rockaholic”, will be released in North America on May 17 via Frontiers Records. At the helm of the CD is mega-producer Keith Olsen (OZZY OSBOURNE, WHITESNAKE, SCORPIONS), with the mixing duties having been handled by Pat Regan (KISS, DEEP PURPLE, TED NUGENT).

In a recent interview with the Phoenix New Times‘ “Up On The Sun” blog, Mason stated about WARRANT‘s new material, “We really took our time, and, through a couple years of doing ‘fly’ dates, we kinda said, well, the band works, we’re all doing it for the right reasons, we’re all really happy on stage. It’s great playing this legacy of music, and the fans love it, so why not [write some new songs] — but we were careful about it. We didn’t just throw a record together.
We test-marketed a couple of these songs live last summer, just springing them on the audiences. ‘Hey this is something you’ve never heard before,’ and by the end of the song, everyone is singing along, or buying into it. So we figured we should put the record out.”

When asked if WARRANT felt a lot of pressure writing the new material to live up to the hit songs the band had scored, Mason replied, “We’re just musicians. I’m just a songwriter/singer in a rock band. I was writing songs for this record, and personally, did I feel like they had to fit into an old-school WARRANT mode? To a degree, but I don’t really think you write songs like that. The fact that we are all from the same headspace, it kind of worked out that way. Some of these songs sound like a bit of a departure, but there are tracks on this new CD that we played live in the rehearsal room, and they came together through pre-production and shit, for the year prior or so to this record, and they sound like WARRANT songs to us. It’s just me singing. My voice is a little different than the original singer, but it’s just a thing were you go on, and you write songs. I turned over things I had written, and say, do your thing, play it the WARRANT way, and they could do nothing else, and I would ask nothing else. So, is that the long way of answering yes? (laughs) I didn’t feel pressure, or intimidation, but there was a certain responsibility.”

WHITESNAKE kicked off its “Forevermore” tour this past Wednesday night (May 11) at the Westbury Music Fair in Westbury, New York.

The band’s setlist was as follows:

Fan-filmed video footage of the concert can be viewed below.

WHITESNAKE‘s new album, “Forevermore”, sold around 12,000 copies in the United States in its first week of release to debut at position No. 49 on The Billboard 200 chart.

WHITESNAKE‘s “Live At Donington 1990” DVD/live double CD set will be available on June 3 in Europe and June 7 in North America via Frontiers Records. Since the inception of Whitesnake.com more than ten years ago, this DVD has been the most requested product from fans of the ‘SNAKE.

On August 18, 1990, WHITESNAKE headlined the legendary Monsters Of Rock at Castle Donington festival (now known as Download). WHITESNAKE‘s performance at the festival was one of the most memorable events on the
“Liquor & Poker World Tour” that saw the band play sold-out shows to over one million people. This incredible, never-before-seen, visual footage captures one of the most musically intense WHITESNAKE lineups performing in front of more than 70,000 fans. Mixed in glorious 5.1 and living, breathing stereo, it’s the next best thing to actually being there!

The “Live At Donington” 1990 DVD also includes a substantial gallery of never before seen stills of the band on the “Liquor & Poker World Tour 1990”, plus an intimate behind-the-scenes documentary of the making-of the “Slip Of The Tongue” album.

The “Live At Donington 1990” will be available in 2CD set, DVD coverpack, combo 2CD + DVD in digipak and digital
edition.