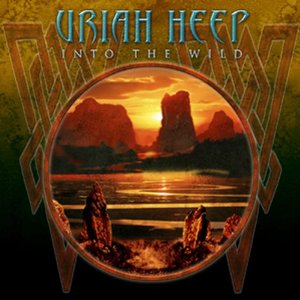 “Into The Wild”, the new video from legendary British hard rockers URIAH HEEP, can be viewed below. The song is the title cut of the band’s 23rd studio album, which will be released on April 15 in Europe

and May 3 in North America via Frontiers Records. The CD was produced by Mike Paxman (STATUS QUO, ASIA) and features cover artwork (see
below) by the renowned Greek-American artist Ioannis (LYNYRD SKYNYRD, STYX, SAGA).

“Into The Wild” track listing:

Following the completion of URIAH HEEP‘s 40th anniversary tour, the band started the recordings for its new CD in January at Liscombe Park Studios in Buckinghamshire, England.
URIAH HEEP debuted in 1970 with the release of one of hard rock music’s milestones “Very ‘Eavy…Very ‘Umble”, and has since sold in excess of 30 millions albums worldwide. They constantly tour in the world, playing in over 53 countries and the band’s live setlist features hits from the ’70s and ’80s, such as “The Wizard”, “Free ‘n Easy”, “Sunrise” and their
monster hits “Easy Livin'”, “July Morning” and “Lady in Black”, as well as new material.

Oh no! What shall I do?
Happy Birthday Glenn
My Upstate NY Day
GetawayCar@Allegiant
My little redbeast needs a name
Loulu!
Follow Heavy Metal Messenger on WordPress.com