New tuneage from Seattle grungemasters Soundgarden. One of the “Big Four” from Seattle and probably the most metal of all the flannel clad Northwesterners’. Does this mean a possible new […]

METAL MESSAGE OF THE DAY

‘The Eric Carr Story’, written by Greg Prato, is the first-ever book to tell the life story of KISS drummer Eric Carr. Comprised of all-new interviews, the book also doubles […]

ALICE COOPER says he’s dreaming of a black Christmas: “My kids all still sleep under the Christmas tree on Christmas Eve and they watch horror movies,” says the 63-year-old, who […] 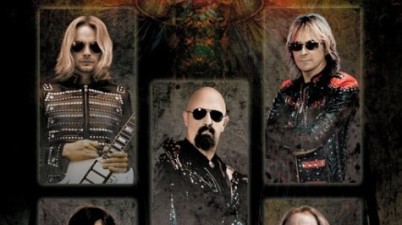 The late great Ronnie James in two powerful concerts. The first disc was recorded during the tour for his very first album as a solo artist after his parting with Black Sabbath. Ronnie sounds […]