LED ZEPPELIN TO GUEST ON LATE SHOW WITH LETTERMAN MONDAY.

KISS TO PERFORM ON DAVID LETTERMAN!

According to Interbridge.com‘s “The Late Night TV Page”, legendary rockers KISS will appear on the October 10 episode of “Late Show With David Letterman” on CBS. Check your local listings […]

SHARON OSBOURNE SAYS, “I JUST LIE THERE AND THINK OF THE QUEEN.”

After spending a few seasons watching Ozzy Osbourne putter around his kitchen in ‘The Osbournes,’ we thought nothing could surprise us about the domesticated Prince of Darkness — but as […] 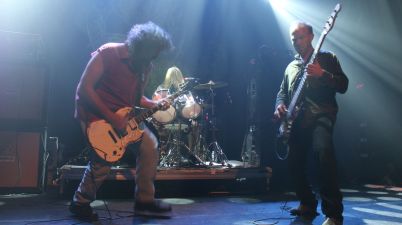 ROBERT PLANT ON LETTERMAN, AC/DC’S LET THERE BE ROCK ON DVD FINALLY, NEW QUEENSRYCHE, NEW C.O.C. IN THE WORKS.