HALESTORM drummer Arejay Hale has posted a new video blog from Manchester, England, where the band is currently in the middle of a headlining tour. Check it out below. […] 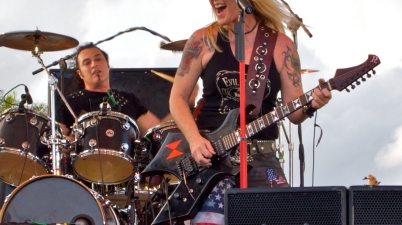 Niclas Müller-Hansen of Sweden’s Metalshrine recently conducted an interview with ‘0s hard rock queen Lita Ford. A couple of excerpts from the chat follow below. Metalshrine: There’s a lot of […]