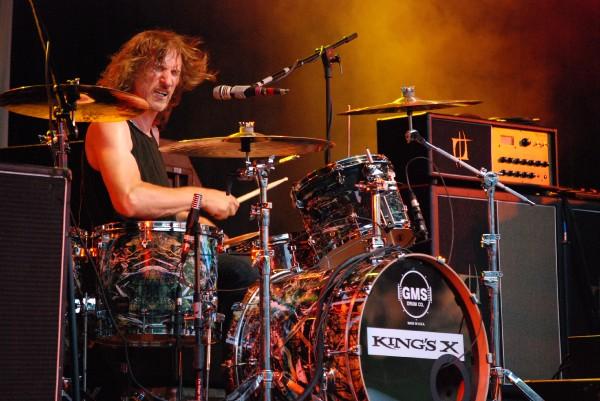 Gaskill’s bandmate, bassist Doug “Dug” Pinnick reported the news on his Facebook page Sunday afternoon: “Jerry had a heart attack last night. He was operated on and is in stable condition at the hospital. We’re all waiting for more info. I will keep you posted.”

Early this morning (Feb. 27), it appears Gaskill is recovering well based on another Pinnick post that revealed his bandmate “woke up pulling cords out” and feeling “feisty.”

Gaskill, Pinnick and guitarist Ty Tabor have been performing together for over 30 years in King’s X. The group has released 12 studio albums, the most recent being 2008′s ‘XV.’ The band has a spring U.S. tour scheduled to kick off on March 28 in Austin, Texas. It is unknown if those plans will be changed by Gaskill’s recovery, which we hope is speedy and complete.

Fans can send their support to Gaskill via his official Facebook page. A note posted there yesterday reads,” On behalf of Jerry and his family…Thank you for the get well wishes and prayers.”

Kings X is a band I haven’t followed much lately but spent plenty of time jamming to in the early 90’s.

This is my favorite song from Kings X: