DIMEBASH 2011 IS “GOING TO BE QUITE MAGICAL,” SAYS DIME’S EX-GIRLFRIEND. 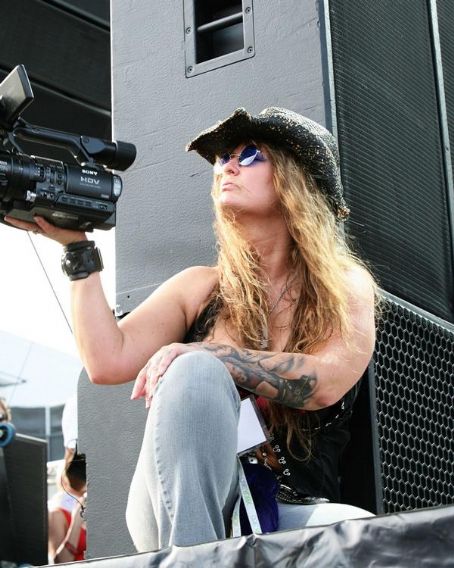 Metal guitar legend “Dimebag” Darrell Abbott‘s (PANTERA,DAMAGEPLAN) influence on the music community can never be fully estimated, but if the collection of artists and players at this year’s Dimebash is any indication, his legacy is as far-reaching and deeper than ever before.

On December 14, the world of hard rock and metal come together in a communion of thunderous songs and stories to tip its collective glass to one of the true masters of not only guitar, but music as a whole.

“Today marks the seventh year, which still doesn’t seem like a reality to me,” states Rita Haney, longtime girlfriend of Dime and the person who knew him best.

“Sometimes I think, ‘Boy, this sure is a long-ass tour,’ but then I focus back in and realize what I’m working on at this moment and I just have to smile and be thankful for all the amazing people that surround me — thanks to him.

“I hope everyone enjoys this event as much as we like bringing it to them. It’s nothing more, nothing less, than ‘about a damn good time!’ — one of my favorite Dime pastimes and phrases.

“There are no words to express my thanks to all the artists who make this event special and give ‘us fans’ a night to remember two truly amazing people and the music they created! I am forever at your beckon call, so c’mon out and experience the evening with us. It’s going to be quite magical!!!”

The Key Club in Hollywood will play host to all-star jams featuring the talents of heavy-hitters like:

100% of proceeds from the event will benefit the Ronnie James Dio Stand Up & Shout Cancer Fund. Additionally, attendees will be able to land some limited-edition merchandise and purchase Monster Energycocktail drink specials with 100 percent of the proceeds benefitting the cause as well.

Ticket prices are $20 and are on sale now at this location.

When asked about the success of last year’s Dimebash, “Dimebag” Darrell Abbott‘s longtime girlfriend Rita Haney said in a 2010 interview, “It was amazing — I mean, overwhelmingly amazing. It sold out in ten days. When we put the tickets up [for sale], we didn’t even have a lineup, so it was kind of scary putting it together. But just knowing that everybody would come together in [Dimebag‘s] honor was enough… I think people want it, people wanna remember . . . I mean, it was a day and a half, or two days before [this year’s Dimebash] that [some of the musicians taking part in the event] didn’t even know what songs [they would be] playing yet. We were scrambling to get everything together. I was just amazed that within the first two days how many people committed and said, ‘Yeah, I’m in.’ It was amazing.”

On November 5, 2010, Haney presented a donation of over ten thousand dollars raised from Dimebash 2010 to Wendy Dio in Studio City, California for the Stand Up And Shout Cancer Fund, a charity in memory of Ronnie James Dio to help find a cure for stomach cancer, which took his life in May of 2010. In addition, a DVD of the event was shot and recorded for near-future release with proceeds from the disc’s sales also going towards the fund.

Photo galleries from Dimebash 2010 event can be found by following the links below:

Check out video footage from Dimebash 2010 at this location.